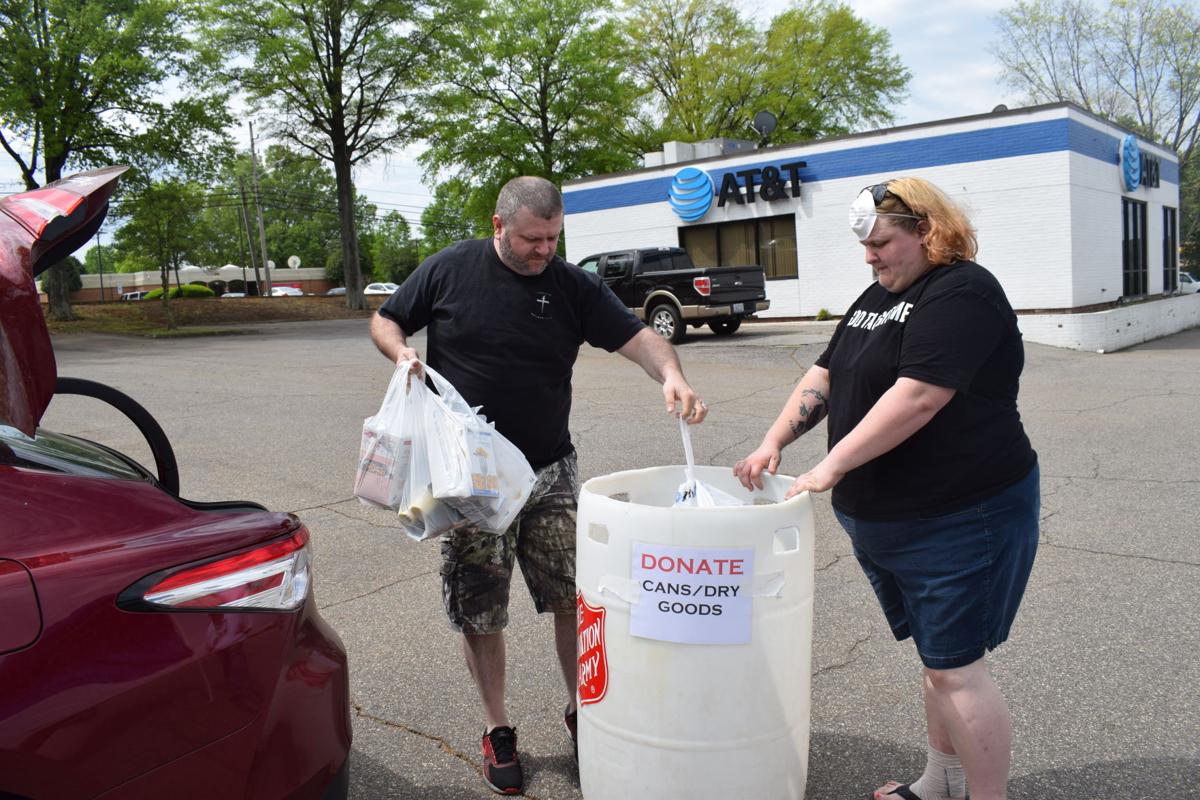 Salvation Army Volunteer Kristina Brown collects donations from a man who drove by and felt called to donate food to the portable food pantry. 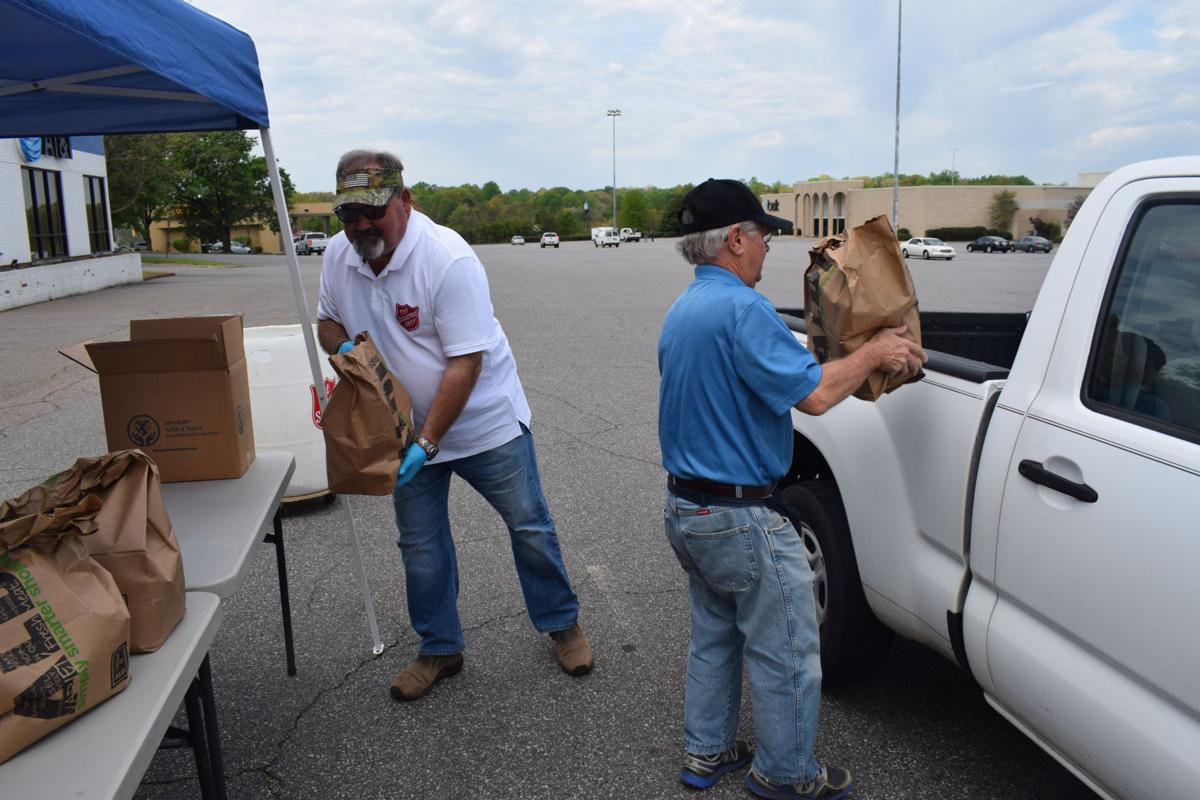 Salvation Army Volunteer Kristina Brown collects donations from a man who drove by and felt called to donate food to the portable food pantry.

The Salvation Army is out, twice a week, offering food to those in need during the trying times created by the coronavirus.

The food pantry is set up in front of the Signal Hill Mall on Tuesday and in the McDonald’s parking lot at the intersection of Island Ford Road and Taylorsville Road on Thursday. A trailer with the Salvation Army logo held bags of food and coolers with frozen and cold items. The majors and volunteers stood under a canopy, approaching cars as they pulled up beside them and talking to the drivers before handing them a bag of food.

There wasn’t enough room to quickly serve people while maintaining social distancing in the Salvation Army parking lot. Muré said in the current locations, volunteers can ask people questions from their car when they drive up and hand them a bag of food with as little contact as possible.

The locations “give us more bang for our buck,” Muré said. “It makes us more efficient and effective.”

The locations are also more visible than the Salvation Army parking lot. If people don’t hear about the food pantry, they may see it as they’re driving, he said.

Last week, the Salvation Army gave out about 100 bags of food, serving about 275 families.

Muré said they planned to spend at least one day in Mooresville next week. The Salvation Army has enough resources to run the food pantry this week and next.

On Tuesday, a man pulled beside the trailer the Salvation Army used to transport the bags of food and asked if they were taking donations. He said God told him to donate food when he saw the food pantry in the parking lot. It wasn’t the first time someone drove by to donate.

Volunteer Steve Byrd said he is impressed with how the community has come together to help each other in the face of the crisis.

Major JoAnn Muré talked to the people coming to the food pantry. She asked them a few questions, including whether they have food stamps, their approximate monthly income and whether they are out of work.

“Most people lost jobs in the last week or so. They don’t know the first thing they should do about unemployment,” JoAnn Muré said. “People are really just trying to figure out what to do next.”

Salvation Army materials, other local resources for food assistance and scripture are included in the bags of food.

Joe Muré said the pandemic is affecting people of all ages. He has served elderly people on limited incomes and young people who have just lost jobs.

“We’re just trying to do something,” Joe Muré said. “There’s not much we can do, but if you need food, we can help.”