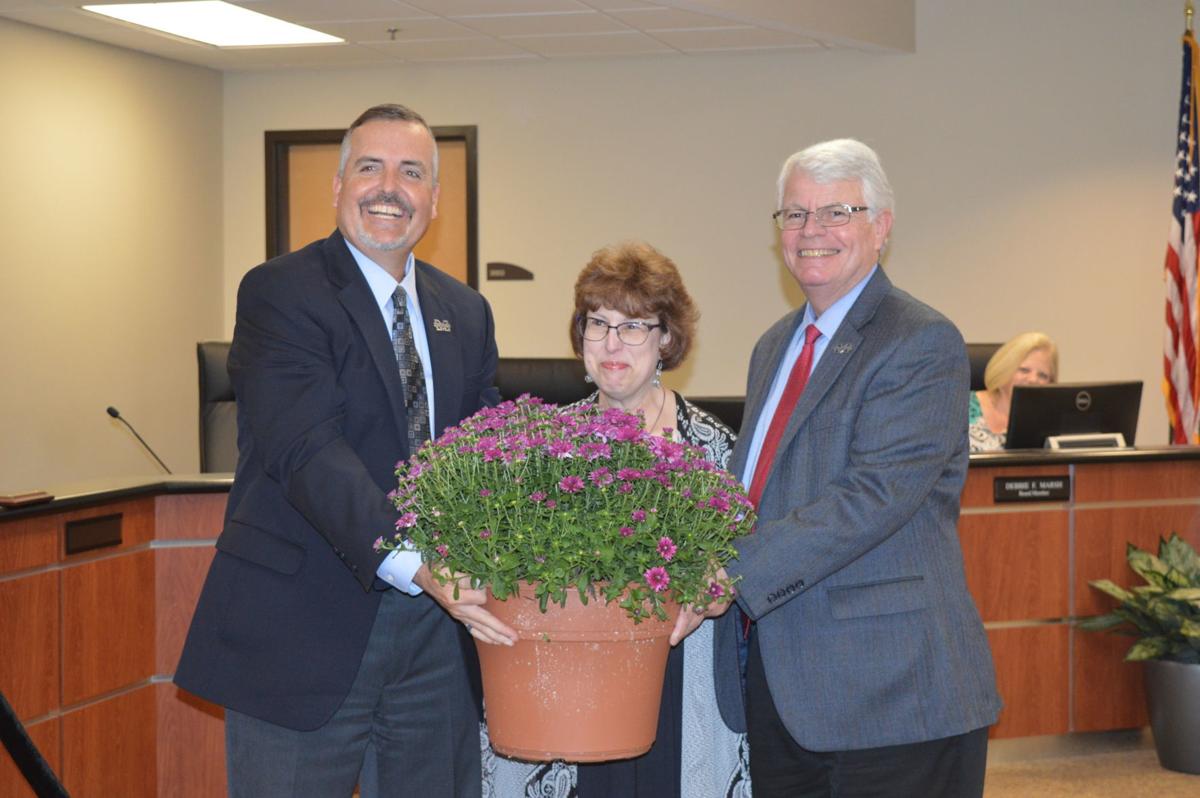 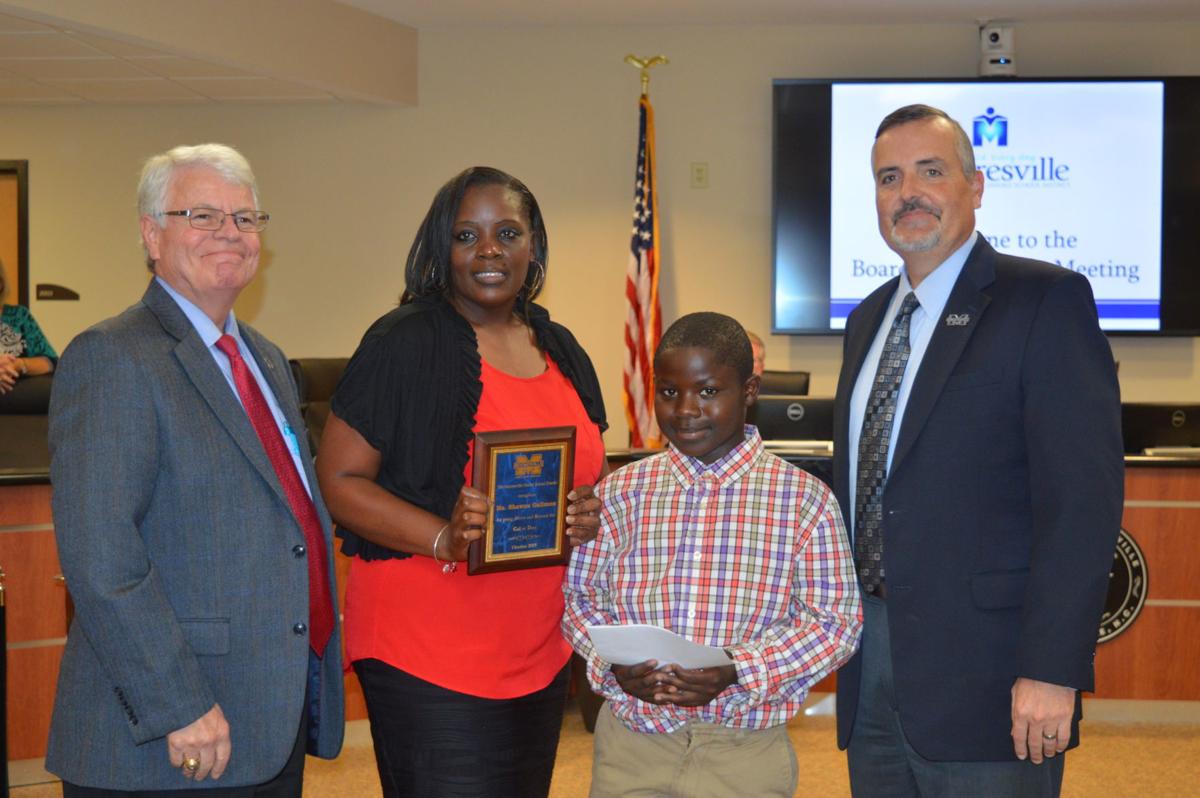 EMIS employee Shawna Gallmon received the MGSD Board of Education's "Above and Beyond the Call of Duty" award during Tuesday's meeting. from left are Board of Education Roger Hyatt, Gallmon, student R.J. Ramsuer and Superintendent Stephen Mauney.

EMIS employee Shawna Gallmon received the MGSD Board of Education's "Above and Beyond the Call of Duty" award during Tuesday's meeting. from left are Board of Education Roger Hyatt, Gallmon, student R.J. Ramsuer and Superintendent Stephen Mauney.

The Mooresville Graded School District Board of Education Tuesday unanimously approved a $64.9 million budget for the 2019-20 school year.

Much of the budget is based on historical data, past budgets and decades of expertise from MGSD Chief Financial Officer Terry Haas, who created the document without the customary funding allocated to the district in the state General Assembly’s 2019-20 fiscal year budget. “I used the best assumptions I could to create this budget,” Haas said.

Haas told the Board of Education Gov. Roy Cooper vetoed the General Assembly’s proposed state budget bill in June. The N.C. House then voted to override the veto, putting the bill in the N.C. Senate’s hands. But, so far, the Senate has done nothing to override it, Haas said.

Once the General Assembly passes the budget, there will be a need for amendments to the school district’s budget, said MGSD Superintendent Stephen Mauney.

In other financial business, the MGSD received a clean audit from certified public accountants Anderson Smith & Wike. The firm’s Michael Wike told the Board of Education the district was issued an “unmodified opinion” commonly referred to as a clean audit report for the fiscal year ending June 30, 2019.

In other business, the Board of Education presented Shawna Gallmon with the “Above and Beyond the Call of Duty” award. Gallmon works at East Mooresville Intermediate School as the leader of the school’s “Before and After School” team. She was nominated by EMIS Principal Meghan McGrath, who said in the nomination form that Gallmon is a consistent support to the school’s staff and volunteers her team in many projects, including leading the sixth-grade step team. Gallmon also serves as a mentor to students, including R.J. Ramsuer, who called Gallmon “another mom to me” during the school board meeting Tuesday.

The Board of Education also honored Haas for winning the “2019 International Eagle” award. The award is the highest honor the Association of School Business Official International bestows upon its members for outstanding accomplishments. Only a few of these awards are issued annually, and Haas will receive it later this month in National Harbor, Maryland, said board Chairman Roger Hyatt.

Hyatt said Haas was “vital to success in our district.”

In other business, the North Carolina School Board Association has awarded the MGSD Board of Education with the “2019 Gold Bell Award” for training accomplishments from July 1, 2018, to June 30, 2019. The award recognizes board members for attaining the required 12 or more hours, of individual professional development for the 2018-19 academic year. Hyatt said each board member averaged 44 hours with a combined total of 220 hours of professional development during the school year.