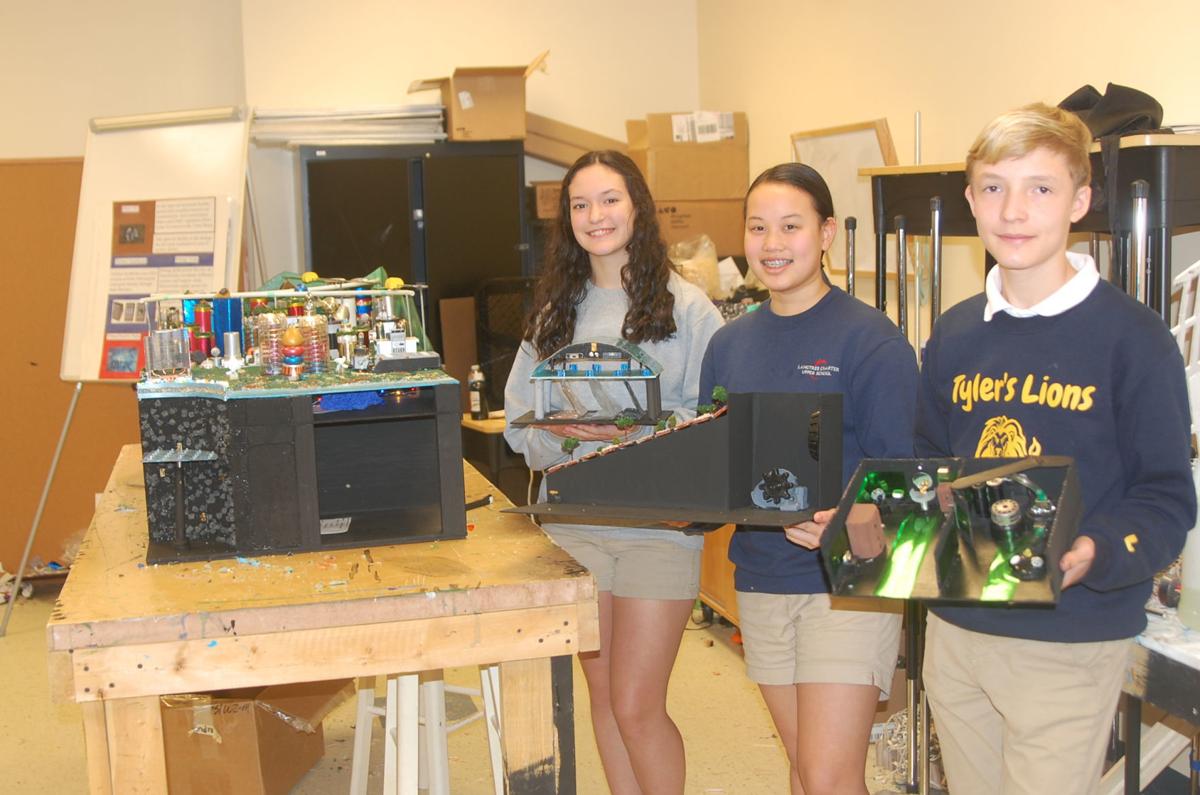 Siera Gashi, Olivia Davis and Mikhail Likhtenbaum are shown with the Future City's model they will be competing with at a national competition in Washington, D.C. 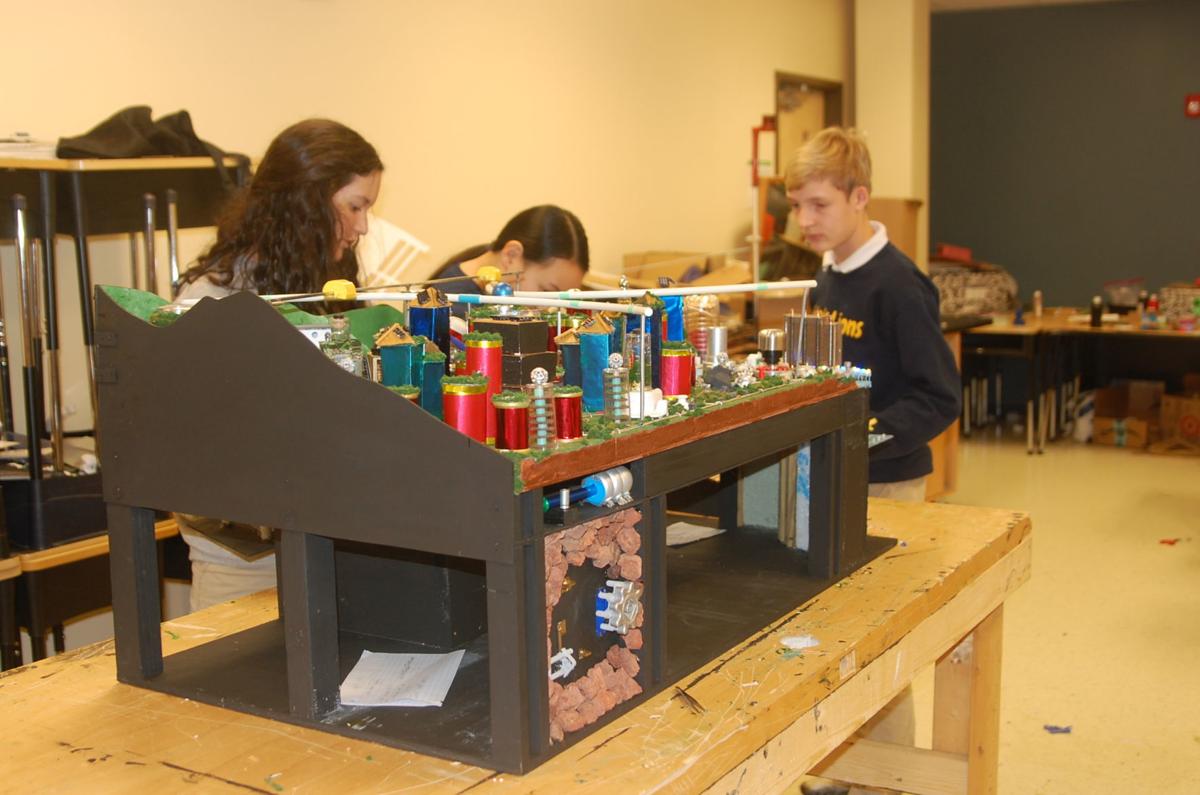 Siera Gashi, Olivia Davis and Mikhail Likhtenbaum are shown with the Future City's model they will be competing with at a national competition in Washington, D.C.

A group of Langtree Charter Academy eighth-graders are probably soaking in the sites in Washington, D.C. today but, by Monday, they’ll get down to serious business.

The eighth-graders will be defending their state championship title in the Future City Competition.

The Future City Competition challenges students to design and build plans for a future city. The theme of clean water is at the heart of the competition and the challenge was to build a table top model of the city with a $100 budget and recycled materials.

Jay Hager, a teacher at Langtree and adviser for the Future City team, said the 14 students who will be taking part in the national competition this week put their all into the project.

“They worked nights, weekends, holidays to make this possible,” he said.

The team is one of about 40 or so to earn a trip to the national championship. At the beginning of the competition, Hager said, there were about 4,000 teams and around 45,000 students in the Future City competition, so making it to the finals is a big deal.

Hager brought the idea of Future City competition with him when he came to Langtree Charter seven years ago. He learned of it while in a previous teaching position in Mecklenburg County and realized it was a great way to get students involved in a project that would have meaningful consequences down the road for the students.

Langtree has fielded a Future City team for several of those seven years, Hager said, and he’s seen the difference it makes for the students. He said he still hears from former students who tell him the experience in Future City helped them in their education and careers. Two former students went on to study at Harvard and Brown universities and, Hager said, they credited their experience in Future City with getting into these Ivy League schools.

The students on this year’s team, he said, are capable of achieving those goals based on the effort he’s seen them put into preparing for the state and, now, national competition.

To put together their table top model future city, the students met with engineers from the Town of Mooresville public utilities department. Those engineers helped them understand the engineering design needed in the future for water conservation and reuse.

“We had a lot of help with the process,” said Siera Gashi, one of the team members.

The assignment was to develop a concept for a sustainable water supply that can survive a specific threat identified by the team. Their Future City model was built based on Tonie Sap, a city in Shhnok Tru in Southern Cambodia.

The team’s solution to overcoming a lack of ground water and pollution from runoff, provided a safe aquafer — a sustainable filtration system with redundancy in homes. It can be adjusted for floods, droughts and varying monsoon seasons.

Three of the team members said putting together the essay was the more stressful part of the process.

“We worked on it until early in the morning to make sure we had all of the wording just right,” said Gashi.

Gashi, Olivia Davis and Mikhail Likhtenbaum were heavily involved in the process of designing and building the Future City model, a process that began shortly after school started last year.

All three were on the school’s Future City team last year and said this design and building was more than just a lesson in preparing for competition.

“We got a lot closer and learn how to work as a team,” Davis said.

Langtree Charter Principal Shane Lis said the students will have a cheering section at home.

“We are so proud of all our students who participated and won in this competition,” he said. “In addition to our eighth-grade team becoming state champions, our seventh-grade team came in fifth in the state and combined, our sixth- through eighth-grade team brought home awards for best model, best Sims, water system, use of public spaces and health system. We can’t wait to see how they do in national competition.

Gashi, Davis and Likhtenbaum said they are hoping for the same success at the national level.