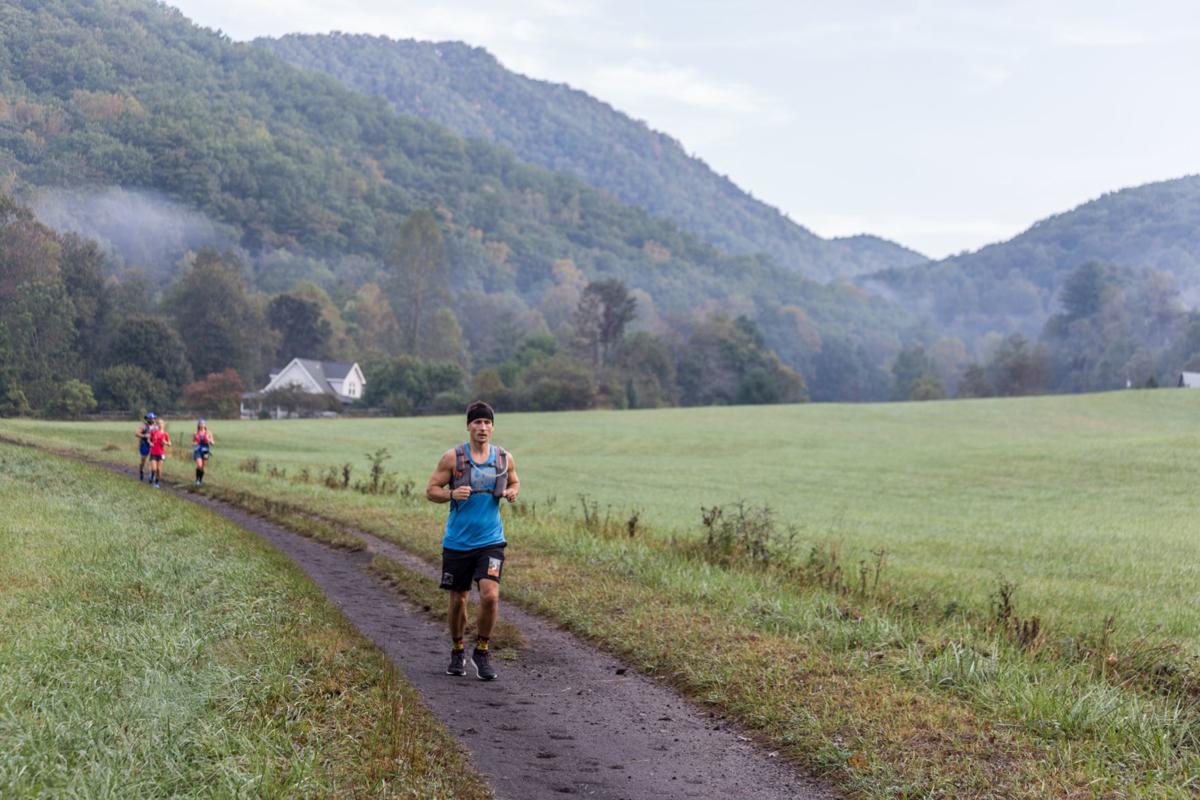 The scenery is breathtaking, but it's the mind control that keeps Alsop in the race. 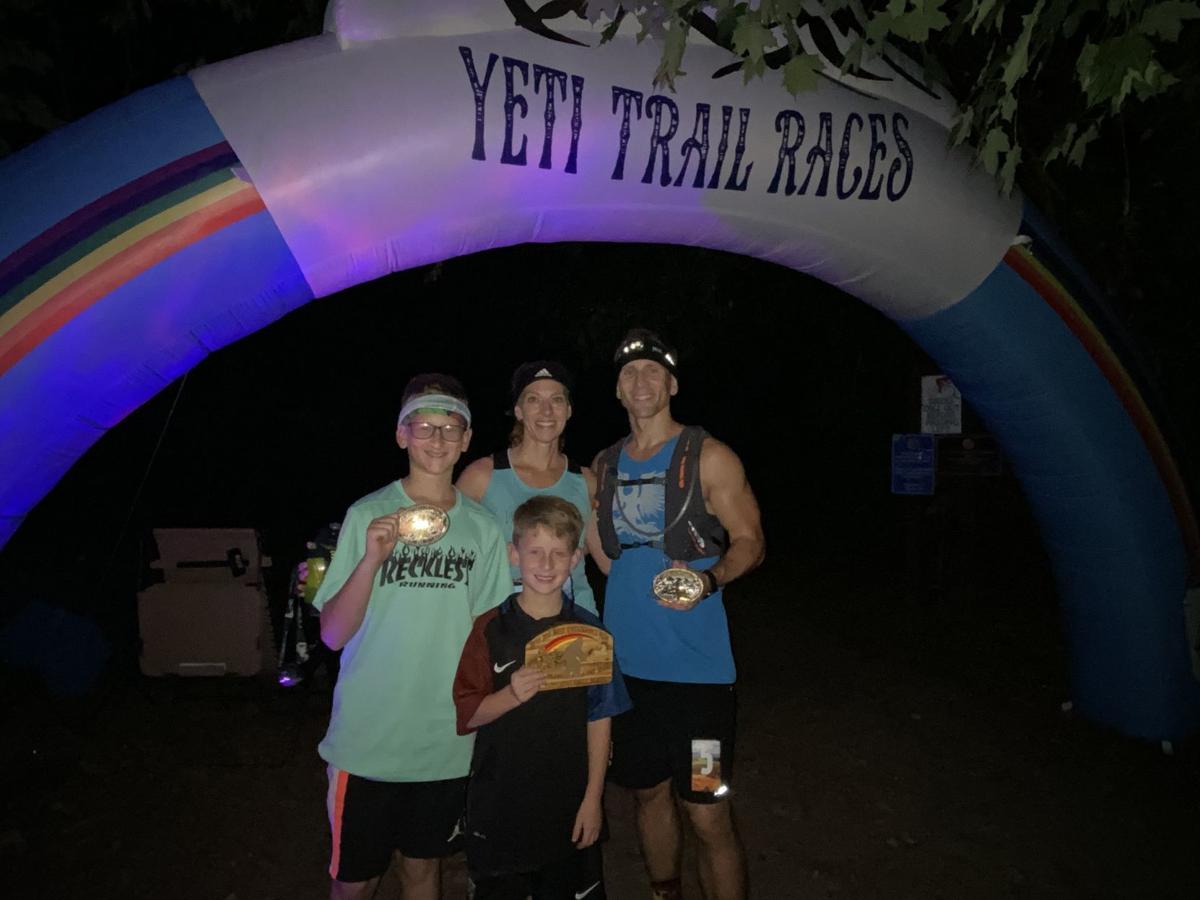 Jeremy Alsop and his family celebrate his second-place finish after his latest 100-mile race.

The scenery is breathtaking, but it's the mind control that keeps Alsop in the race.

Jeremy Alsop and his family celebrate his second-place finish after his latest 100-mile race.

Alsop knows a thing or two about pushing past mental barriers to reach milestones some would say are physically impossible. On Sept. 27, Alsop competed in the Yeti 100 Mile Endurance Run along the Virginia Creeper Trail in Abingdon, Virginia, crossing the finish line 17 hours and 15 minutes after he started.

Alsop came in second place out of the 162 athletes who completed the race, finishing behind only Lance Doherty of Boston, who beat him by nearly one hour. During the race, there was no sleeping, no sitting and no stopping for Alsop. He only walked arriving at and leaving from the course’s various aid stations, where he was able to eat and drink, and during portions of the race in the direct sun, he said.

“Really, it just comes down to mental,” said Alsop, 36, who works for Lowe’s Companies, Inc. “One foot in front of the other.”

Alsop did not listen to music during the race. Instead, he said he thought about how lucky he was to be in good health to run. “I always keep going back to how blessed I am,” Alsop said. “I just think about how good I have it and how bad this hurts.”

Running such long distances has forced Alsop to grow from his own discomfort and learn his body’s physical capabilities, he said. “I just love the challenge,” Alsop said.

Alsop ran cross-country at his Maryland high school but didn’t get interested in real long-distance running until he took a running elective course at Liberty University taught by the “godfather of long-distance running” and ultra-marathon race pioneer David Horton, Alsop said.

One of the course’s requirements was to run a marathon or an ultra-marathon, Alsop said. An ultra-marathon is any race with a course distance longer than the traditional marathon distance of 26.2 miles, he said. These can range from 50ks, or 31 miles, to 50-milers, all the way up to 100- and 200-milers, Alsop said.

Alsop ran the Promise Land 50k in Bedford, Virginia, when he was 19 as his first ultra-marathon and considers it his favorite. That’s where he became “hooked on running” and has since run the race 10 times.

Although the courses can be mentally and physically difficult, Alsop continues competing in ultra-running races because they typically take place along beautiful countryside. “It’s a way I get to experience God’s creation in a way most people don’t get to see it,” Alsop said.

Since 2010, Alsop has completed 48 ultra-races, including three other 100-milers, he said. The recent Yeti 100 Mile Endurance Run appealed to him because the trail’s surface is made of crushed limestone, allowing Alsop to train at home on local trails and roads.

To prepare for the race, Alsop trained with the Race City Running Club, a group of friends including Richard Floyd and Brian Deaton, who accompanied him and Alsop’s immediate family to Abingdon. Over the last three months, Alsop said he averaged 70-80 miles a week topping out at 107 miles one week to prepare.

Alsop’s wife Julie, whom Alsop called “super supportive,” and Floyd and Deaton ran with him to help pace him during portions of the race and also met Alsop at aid stations to give him fresh watermelon, avocado and water to keep up his strength.

Pacers also encourage runners and give them a morale boost if they need it, Alsop said.

Alsop ran the last 9 miles with Julie and they crossed the finish line together, meeting their children, Gavin, 12, and Landon, 8, and friends Floyd and Deaton in the darkness. “It felt great,” Alsop said of his time. “I was really pleased.”

“I know I was proud of him especially that he finished so well and didn’t have any real injuries,” said Julie Alsop.

Alsop was awarded a belt buckle for finishing the race, an engraved-wood trophy for coming in second place and a second belt buckle for “shot-calling,” Alsop said. That’s when you predict you will complete the race in under 24 hours.

Alsop’s crew was excited for him.

“To get second place in (a) race like that and know all the hard work he put in over the summer …” said Deaton. “To see that pay off was absolutely amazing. I just felt like I was lucky to be along in such a special moment.

“I was definitely excited for him. It’s a big deal, 100 miles. Jeremy is a beast for sure. To be able to witness something like that was pretty neat.”

After a few celebratory beers, Alsop and his family returned to the hotel where Alsop didn’t sleep at all that night due to his aches and pains. He returned to work on Monday, he said.

He has already signed up for more ultra-marathons — the Sky to Summit 50k in November in Georgia and he hopes to be accepted into the HellGate 100K in December.

Alsop hopes his accomplishments, and that of other ultra-marathon competitors, are proof to his sons that “however insurmountable it seems, anything is possible.”