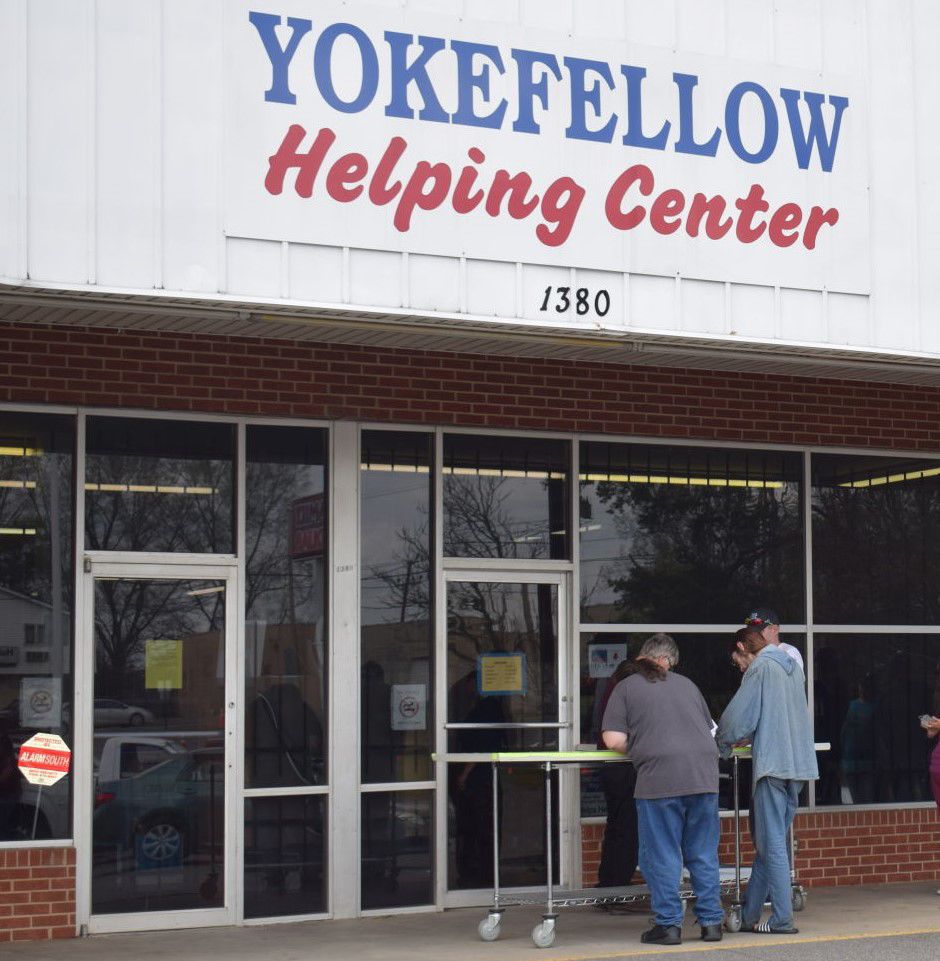 People line up in front of Yokefellow Helping Center to receive services, including food boxes. 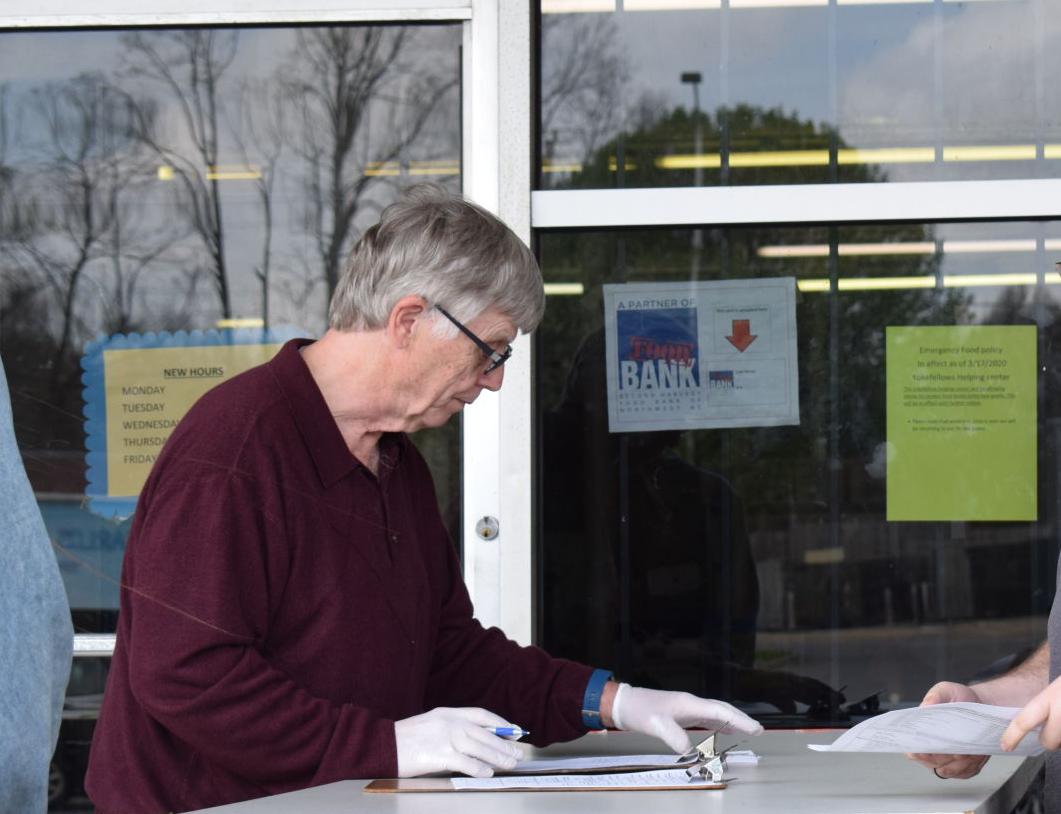 Yokefellow Ministries Executive Director Neil Furr signs people up for services outside rather than inside the food pantry due to the coronavirus.

People line up in front of Yokefellow Helping Center to receive services, including food boxes.

Yokefellow Ministries Executive Director Neil Furr signs people up for services outside rather than inside the food pantry due to the coronavirus.

As businesses and community groups close their doors in response to the coronavirus outbreak, county nonprofits remain open to provide food and supplies for economically challenged community members.

FeedNC (formerly known as the Mooresville Soup Kitchen) generally serves breakfast and lunch for more than 500 people in its dining room, brings meals to more than 100 homebound individuals, and offers free pantry shopping for some 150 families on a weekly basis. The organization relies on donations from food banks and grocers, but shortages due to the current health crisis are severely impacting its ability to operate.

“Over the last two days we have experienced a reduction of our food donations by 2,000 pounds,” said FeedNC Executive Director Lara Ingram, “and today our food needs doubled as low-income families whose budgets are stretched beyond their limits in the best of times are now being impacted by this crisis.”

The group is also dealing with a significant reduction in its volunteer force as those at risk must remain at home, and some have children to care for due to school closings.

“We are continuing to operate with a small group of staff and volunteers at this time,” Ingram said, “and we intend to remain open as long as we have food to offer those in need.”

To minimize the risk for everyone involved, FeedNC has closed its dining room and will be distributing meals and groceries on a “to-go” basis until further notice.

“We cannot suspend our operations unless there is no other option,” Ingram said. “Many of the people we serve have nowhere else to turn for help, and FeedNC needs to be here for them. We live in a caring community which hopefully will rally to our support and enable us to continue serving our neighbors and friends in need.”

Neil Furr, executive director of Yokefellow Ministry, said the non-profit’s staff started bringing food boxes out to the people coming to the organization for assistance Tuesday.

While the process was chaotic the first day, the organization has learned fast and perfected the service, collecting phone numbers and car descriptions.

Fifth Street Ministry’s Director of Development Will Long said it was impossible to reduce gatherings to 10 people, the number suggested by the state and federal government.

“We’re trying to do everything we can to sanitize, but the very nature of our organization doesn’t support those numbers,” Long said.

Long said he was encouraged and thankful for the community response.

“That our community cares enough to proactively reach out is amazing,” Long said.

While Fifth Street Ministry hasn’t seen an increase in demand for services, Long said the increase is expected.

However, while donations from usual sources have decreased, supplies have been bolstered by community members actively reaching out to the organization.

Statesville attorney Ashley Cannon said the district bar, lawyers in Iredell and Alexander counties, came together and donated a total of $6,000 to two non-profits in the counties.

The bar gave $5,000 to Fifth Street Ministries in Iredell and $1,000 to Christian Crisis Center in Alexander.

Needs and how to donate

» Monetary donations, which can be made online at www.feednc.org

Goods can also be donated through FeedNC’s wish list at www.amazon.com. For more information about FeedNC programs, services and ways to help, call 704-660-9010.

Contact Ashley Cannon at 704-872-7438 for information about doorstep pickup of donations.

The number of COVID-19 cases in Forsyth County and North Carolina as a whole continue to grow, with at least 137 known cases in the state, according to the N.C. Department of Health and Human Services.