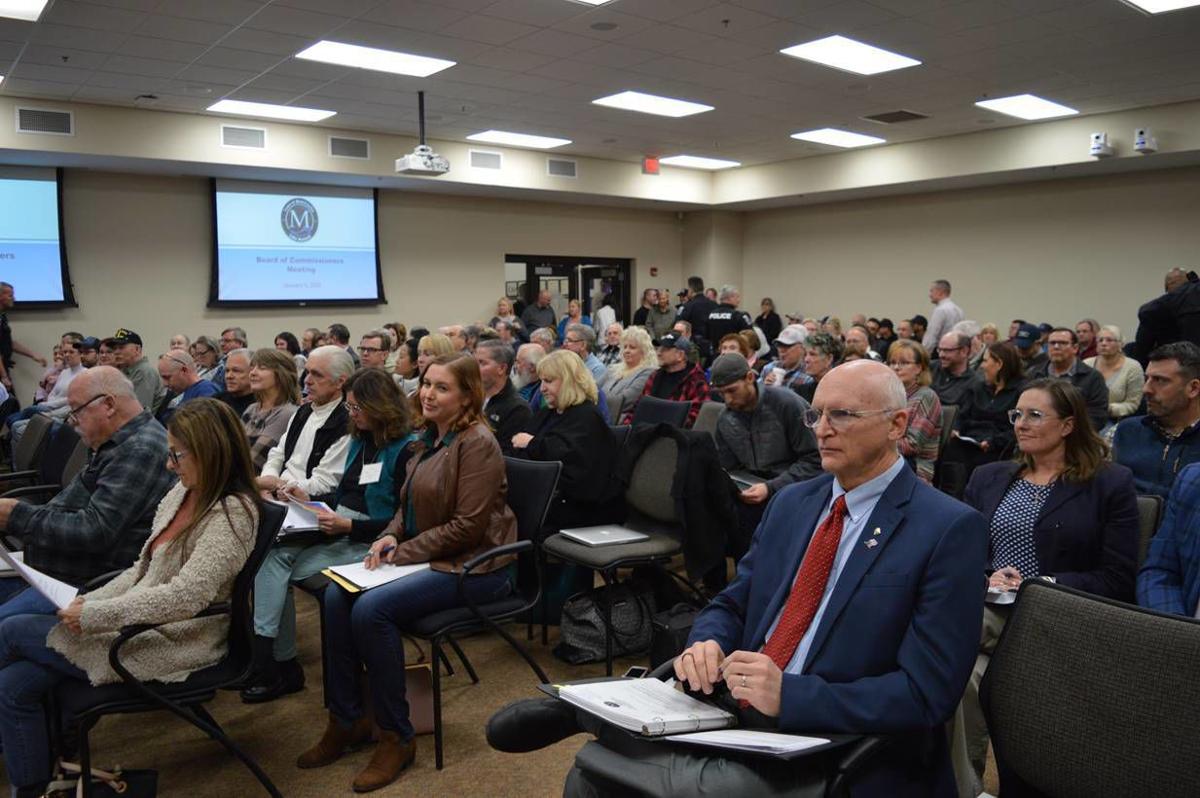 Residents filled Mooresville Town Hall Monday during a marathon four-hour Board of Commissioners meeting where nine public hearings were held including one about a controversial rezoning request for a residential development on Rinehardt Road. Commissioners voted 6-0 to deny the conditional rezoning request,  causing the audience to applaud. 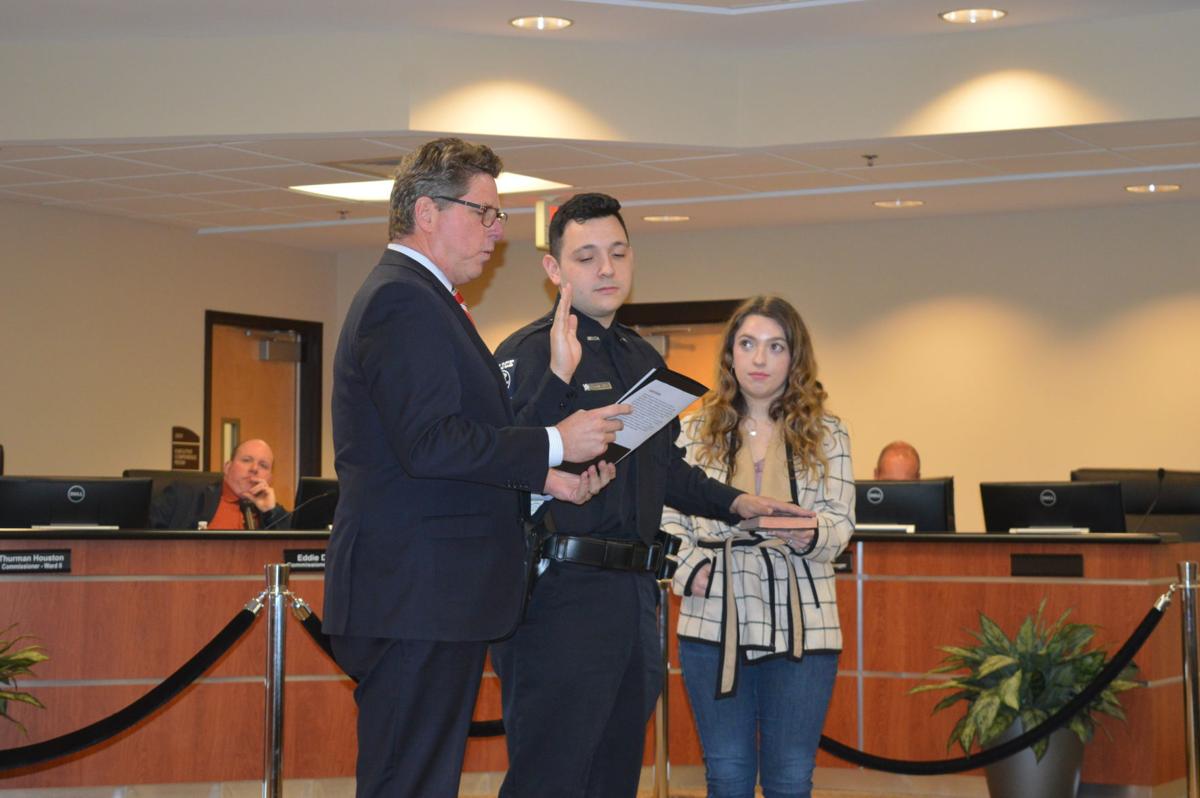 Mayor Miles Atkins swears in Mooresville Police Officer Garrett Gonzalez who most recently worked as a police officer in Athens, Tennessee. Garrett’s fiancee joined him during the ceremony.

Residents filled Mooresville Town Hall Monday during a marathon four-hour Board of Commissioners meeting where nine public hearings were held including one about a controversial rezoning request for a residential development on Rinehardt Road. Commissioners voted 6-0 to deny the conditional rezoning request,  causing the audience to applaud.

Mayor Miles Atkins swears in Mooresville Police Officer Garrett Gonzalez who most recently worked as a police officer in Athens, Tennessee. Garrett’s fiancee joined him during the ceremony.

For the second time, the Mooresville Board of Commissioners on Monday denied a conditional rezoning request from a local landowner who sought the designation to construct a residential subdivision on 115 acres on Rinehardt Road.

The development also included realigning Rinehardt Road 900 feet to the east to facilitate a safer connection to N.C. Highway 150 and a number of traffic mitigations, including the addition of several dedicated turn lanes at this intersection as well as Rinehardt Road and N.C. 115, Culberson said.

The concept plan presented Monday had been scaled back to reduce the development’s density and the number of lots after the board initially denied landowner William Rinehardt’s conditional rezoning request last February. That plan included 492 lots including 256 town homes and 236 single-family attached homes with a density level of 3.8 homes per acre.

Although the plan presented Monday showed a reduction in the number of lots and had decreased the density to 2.9 homes per acre, commissioners were still concerned with the strain the neighborhood’s density level could have on Rinehardt Road where two new MGSD schools as well as a bus storage garage are to be built near N.C. 115.

“We’re just going to go back and confer with our attorney and figure out what the steps forward are,” said Paul Shriver, land manager for developer MT Land LLC, after the vote.

Without knowing how the MGSD’s proposed schools will affect the Rinehardt Road area, it is difficult to trade road improvements for higher density, said Commissioner Lisa Qualls. “We appreciate road improvements, they’re huge,” said Qualls. “But to sell ourselves out for an extra road for high density is a challenge in this area. We hear you.”

Commissioners were also unconvinced that without an age requirement for the development’s “active adult” homes, designed for older residents, young families could move in adding to the strain on local infrastructure and schools.

The board’s decision was a victory for the dozens of residents of Rinehardt Road who crowded Town Hall to learn of the board’s decision. Twelve residents said during a public hearing if commissioners rezoned the property for the new development, it would only add to their worries about speeding motorists, increased traffic and concerns that possible environmental toxins already found in their land would affect new residents.

Just across the street from the proposed development is a pre-regulatory Superfund landfill site, said Culberson.

Shriver said Phase 1 of an environmental study found no issues on the development’s property but a separate state DEQ study is about to begin with soil testing. If anything is found, cleanup would be required and would occur prior to the development’s construction, Shriver said.

Victoria McIlrath, who lives on Red Dog Drive near Rinehardt Road, asked the board to delay voting on the matter until the DEQ had released the results of the environmental tests on the land.

After the board’s decision McIlrath said she was “absolutely thrilled.”

“I think they’re putting public health before growth which is such an encouraging sign for the community,” McIlrath said.