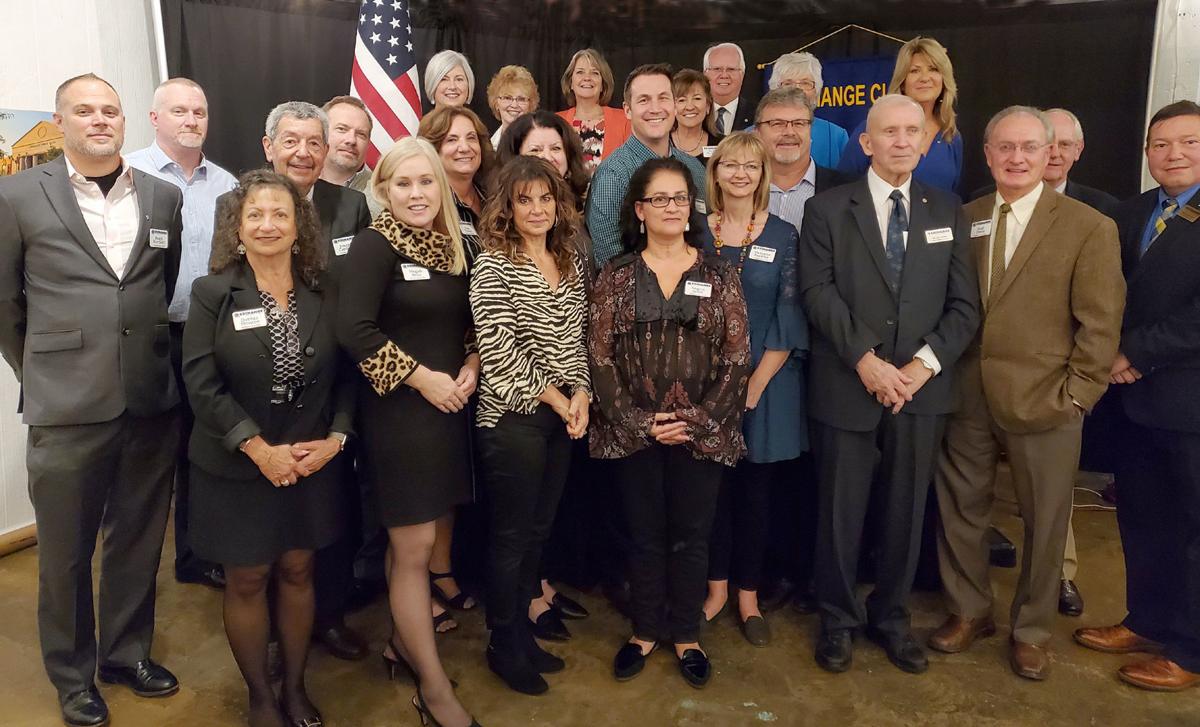 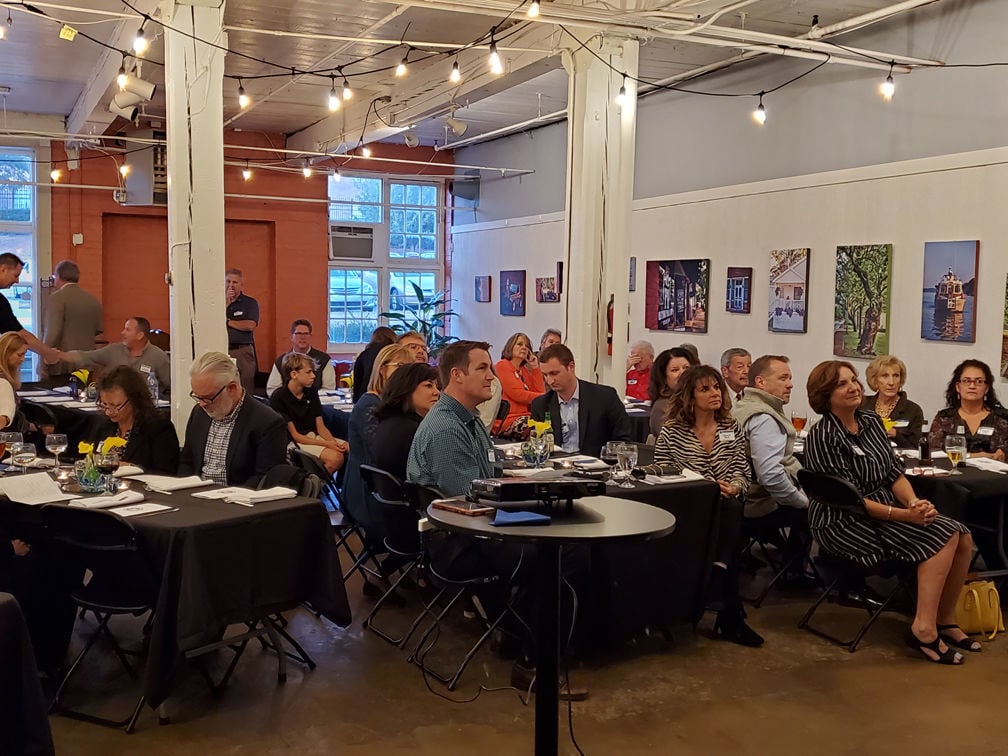 Sixty-plus were in attendance at the POM meeting for the new North Meck club.

Sixty-plus were in attendance at the POM meeting for the new North Meck club.

The permanent organization meeting of the new North Mecklenburg Exchange Club was held at Brick Row in Cornelius on the evening of Oct. 16, which is deemed the club’s official charter date.

The Mooresville-Lake Norman Exchange Club served as sponsor for the new club, and many members of this club, along with the Evening Exchange Club, were in attendance at the special event helping to set up and make the evening a success. Volunteer Field Representatives Vickie Ketchie and Paul Summerville, both members of the Mooresville organization, were assigned by the National Exchange Club to conduct the special organizational meeting. Ketchie shared that it was a “great evening.”

The program began with opening remarks by Beth Packard, president of the Mooresville club, who served as the emcee.

After the Pledge of Allegiance, Cornelius Mayor Woody Washam and Mooresville Mayor Miles Atkins both spoke briefly, welcoming everyone and congratulating the new club. Atkins is also a member of the Mooresville club.

After the invocation by Cotton Ketchie, a past North Carolina district president, the approximately 60-plus in attendance enjoyed a meal and Exchange-theme cake and time of fellowship.

The program continued with the introduction of the club builders, all members of the local club. They are Packard, Orr, Summerville and the Ketchies.

Numerous welcomes were offered to the new North Mecklenburg Club, including one from David Johnson of Charleston, South Carolina, Region 10 vice president for the National Exchange Club, and N.C. District President Archie Hobbs of Raleigh.

Kim Saragoni, the club’s Division 7 director, welcomed the club to her district, and later in the evening she became its 23rd member. During the banquet, 23 charter members were inducted by VFR Summerville. Each member was welcomed by the club builders and presented charter membership pins.

As the new president, Lisa Turley spoke briefly to the club after she was passed the ceremony gavel at the end of the ceremony. The evening concluded with the reciting of the club’s Covenant of Service.

Turley shared that “the North Mecklenburg Exchange is excited to begin servicing the needs of our communities which include Davidson, Huntersville and Cornelius. Currently, we have a diverse group of individuals who are committed to upholding the national mission of inspiring communities to become better places to live through our core values — family, community and country. What makes exchange different than other organizations is that we are the only service club exclusively serving communities in the United States. Members support activities that benefit our youth, promote pride in our country, and honor military and public service providers, to name a few. We are growing and welcome new members who want to get involved.”

In his Facebook post, Cotton Ketchie shared that “it was quite an evening, and I am grateful to have just been a part in it and had the opportunity to have witnessed the historic event.”

Those interested in becoming a part of the new club can email Turley at NorthMeckExchange@gmail.com. They will be meeting on the first and third Wednesdays of each month at 6 p.m. at the Lake Norman Chamber Office, 19990 W. Catawba Ave., Cornelius.

On the following morning, Oct. 17, the North Carolina flag was raised in front of the National Exchange Club’s headquarters in Toledo, Ohio, to commemorate the new North Carolina Club.