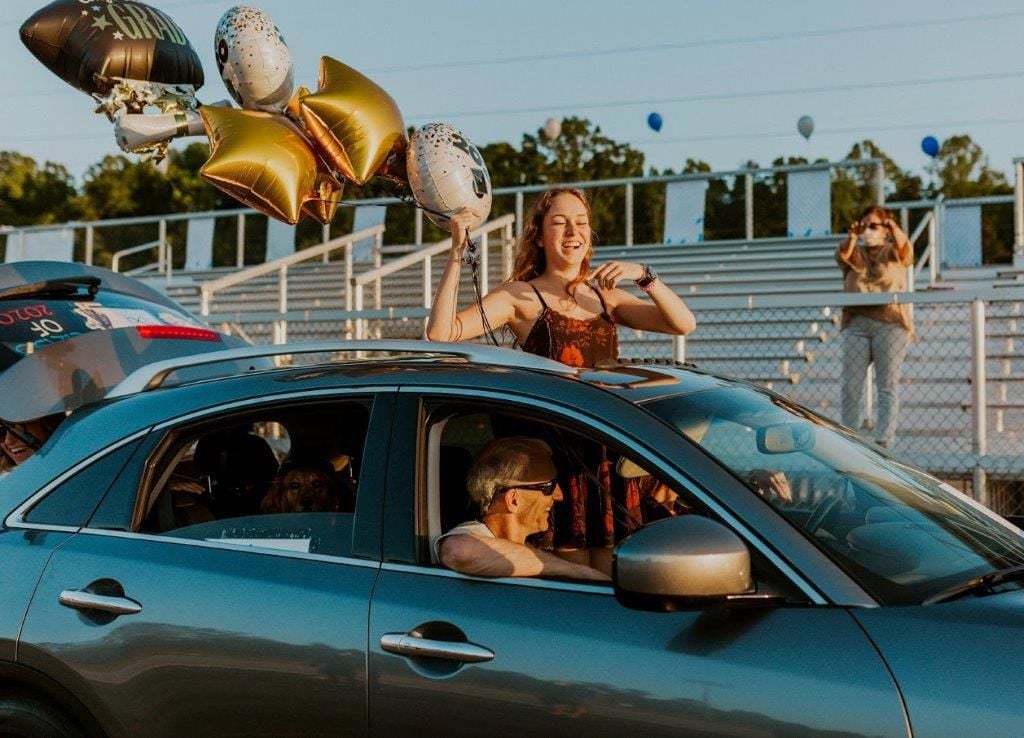 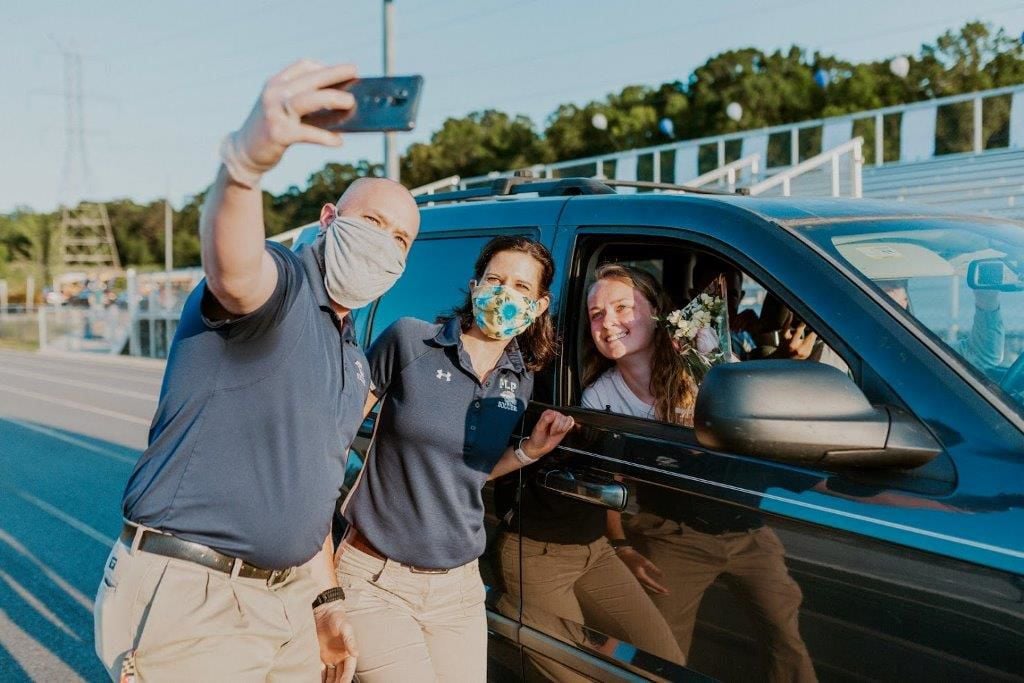 Usually considered at best mundane by most, grey became a much more colorful sight to see over the past weekend.

“The Grey” itself was largely responsible for that.

The odd-colored, artificial-covered site serving as the off-campus host of athletic events conducted by the Pine Lake Prep sports department made itself available for a fitting salute to this past spring season’s student athletes.

Representatives of the school’s academic and athletic administrations joined coaching staff members for a send-off ceremony taking the shape of drive-in appearances by senior-class members of the spring season sports teams’ rosters.

The evening event was only open by special invitation to all of the school’s senior spring sports participants along with their immediate families.

Full social distancing and additional safely-related precautions were all in practice throughout the open-air affair.

All honored athletes were allowed to circle the stadium site along the track surrounding the field. Photos with select team personnel as well as several gifts were presented to the outgoing athletic contributors.

Members of Pine Like Prep’s girls soccer, girls lacrosse, softball, girls and boys track and field, boys tennis, boys lacrosse, boys golf and baseball teams were all among those singled out for the special attention.

Several of those sports engaged in their regular activity on the grounds of The Grey. Others also competed on fields located in the same vicinity and within eyesight of the facility.

In early March, just as the state’s high school spring season was getting underway, the mandate arrived to suspend all scheduled action due to the coronavirus pandemic.

After initial hopes of some sort of season taking place, the decision was made by the N.C. High School Athletic Association to cancel all of the season’s schedules. It came in line with a government order keeping all of the state’s public schools closed for the remainder of the school year.

As a result, this year’s high school senior class had their final seasons of eligibility cut extremely short.

Pine Lake staged the ceremony to provide the cast of seniors a final going-away tribute to show appreciation for their career contributions to the school’s athlete department.