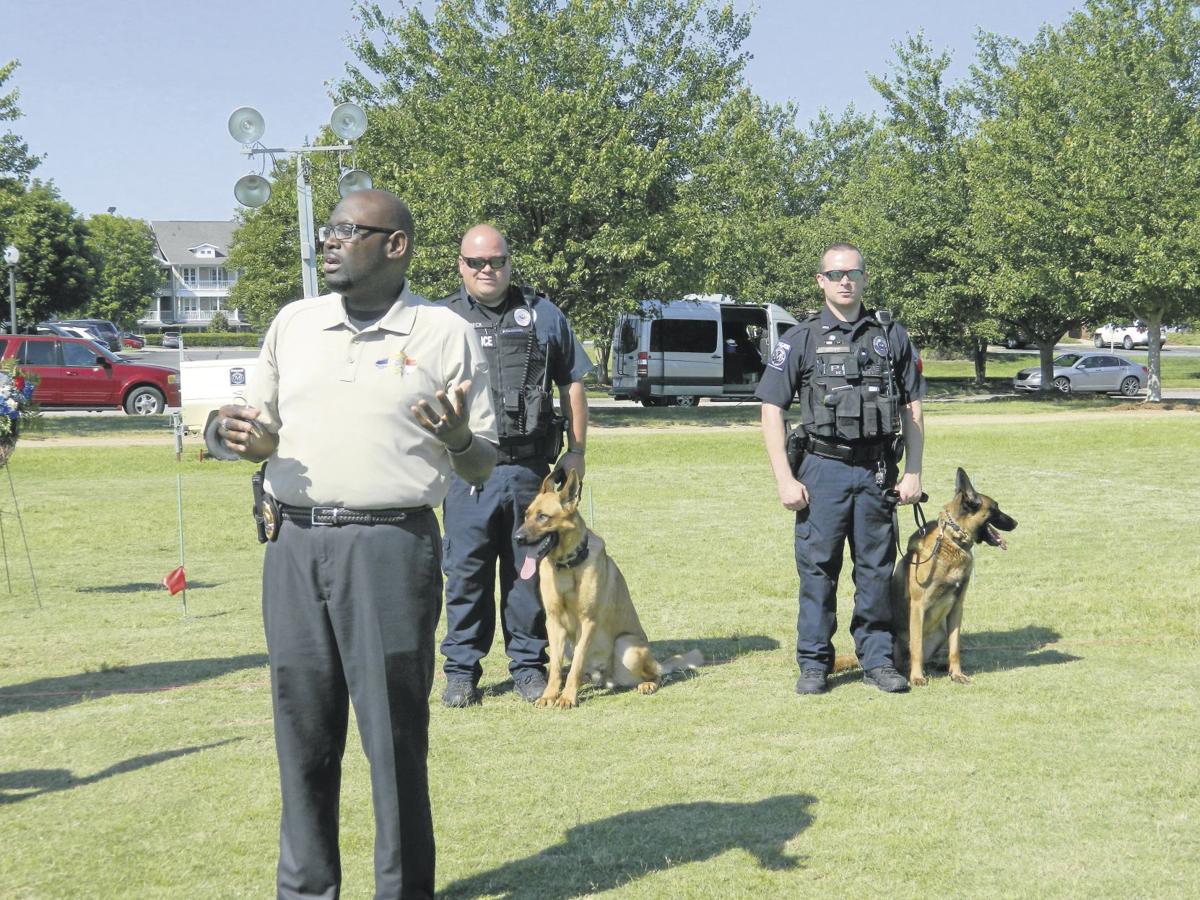 Mooresville Police Chief Damon Williams expressed his thanks to the community for their support. Behind him were the K9 officers and their dogs who were all present for the ceremony. 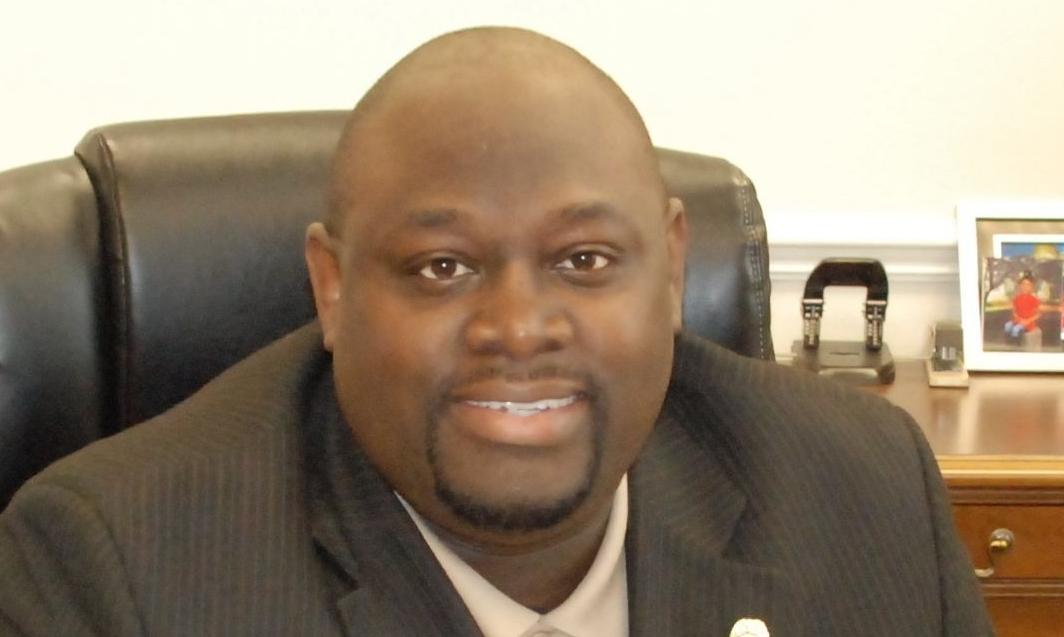 Mooresville Police Chief Damon Williams expressed his thanks to the community for their support. Behind him were the K9 officers and their dogs who were all present for the ceremony.

Mooresville Police Chief Damon Williams was placed on administrative leave with pay Monday afternoon upon the completion of approximately 70 interviews by a third-party agency investigating claims of a hostile work environment at the police department, according to officials.

During a phone interview Monday night, Interim Town Manager Ryan Rase said these interviews concluded Monday. Based on the details and recommendation by this third-party agency, U.S. ISS Agency of Huntersville, Rase said he informed Williams of the decision to put him on administrative leave around 4 p.m. that day.

“He actually was pretty ok with this from the standpoint that this wasn’t something that just popped up overnight,” Rase said. “We’ve been going through this process since February.”

A voice mail and text message left on Williams’ cell phone was not returned Monday night.

This action was taken pending the final review of the internal personnel investigation, according to an email sent by Kim Sellers, public information officer for the town of Mooresville.

Rase said the investigation started as a hostile work environment complaint and then branched into other areas. He could not comment further because the final interviews had just been concluded Monday.

Rase estimated Williams could be on paid administrative leave until the end of July or early August when the formal investigation report should be completed.

Until then, Deputy Chief Gerald Childress will lead the police department, Rase said.

Rase will address the police department Tuesday and said “we’re going to start putting the plan together on how we turn this ship around.”

The police department “didn’t get the way it was” based on one individual, Rase said and added everyone has a role in putting the department back together, including himself.

Placing Williams on administrative leave was not formally discussed by the Board of Commissioners Monday night during its regular meeting but commissioners did discuss some aspects of the action during closed session.

After the closed session re-convened, the board approved an amendment to the town’s existing $50,000 contract with U.S. ISS Agency to increase the contract up to $225,000. Sellers also said in an email Monday night that Rase briefed board members about his decision during the closed session.

During the public comment portion of the meeting Monday, several members of the public urged Rase and the board to keep Williams as police chief because he had helped race relations in town.

“If Chief Williams leaves, you haven’t heard the last of us,” said William Conrad, former chaplain for the Mooresville Police Department.

Ron Campurciani has been named acting police chief of the Mooresville Police Department.

The police chief has resigned. What happens now?

Damon Williams, placed on paid leave as the Mooresville Police Department chief in June, has submitted his resignation, a news release from th…