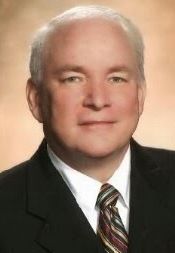 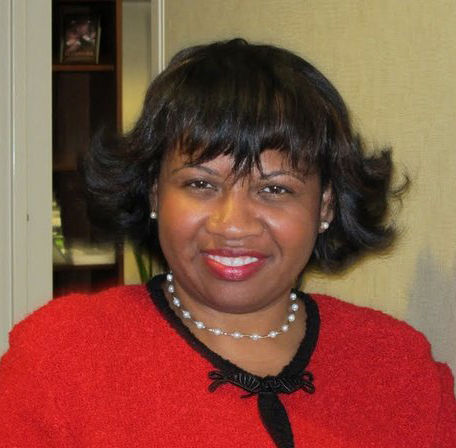 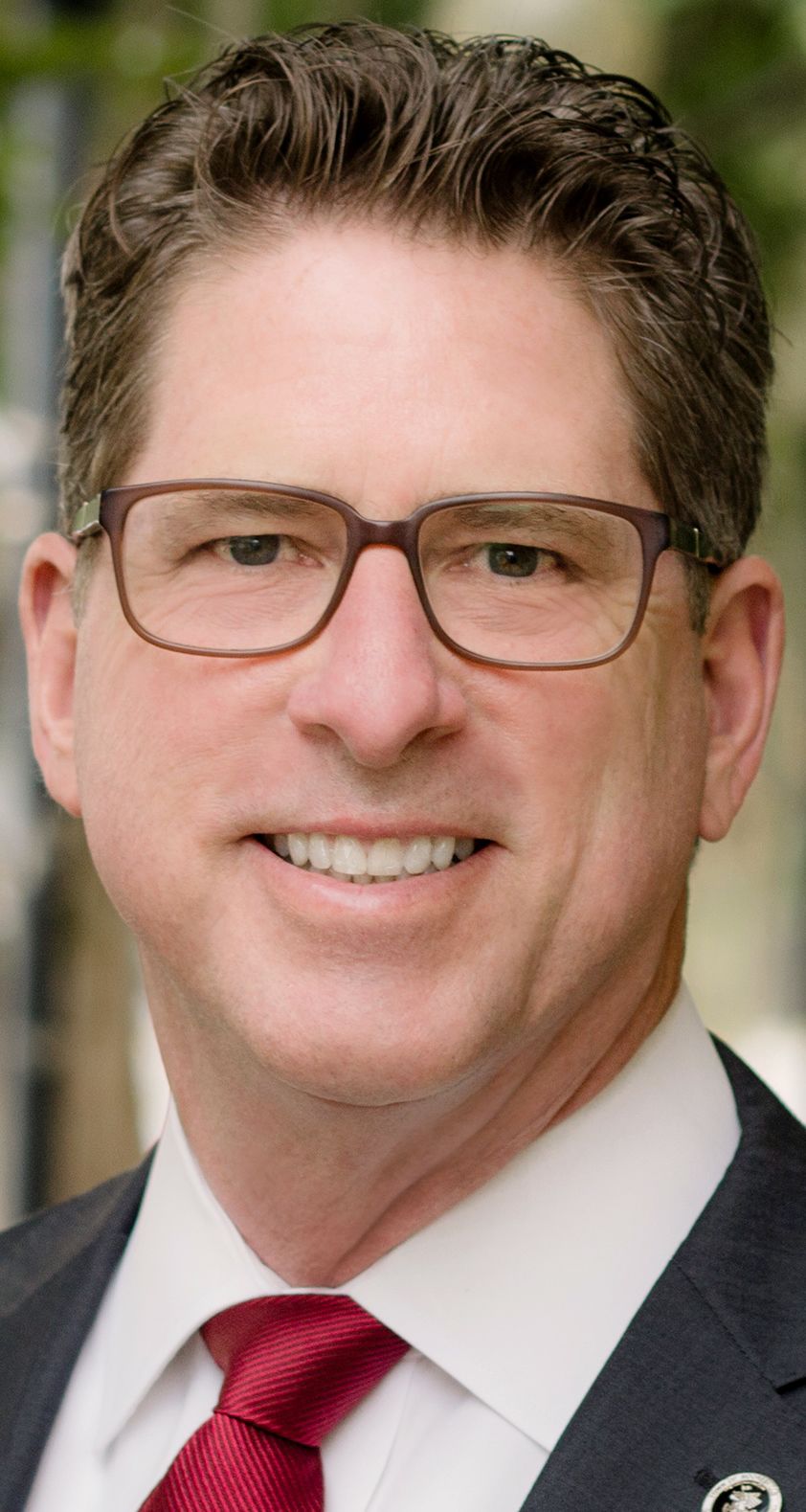 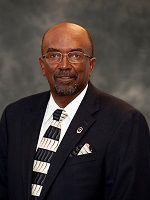 A Tribune review of receipts from town of Mooresville-issued credit cards reveals spending on expensive meals and hotel rooms for town board and staff members, and uneven spending among senior administrators.

The investigation of upper-management’s purchasing-card expenses from January 2017 until July of this year found that Deputy Town Manager Angel Wright-Lanier has charged significantly more money to her town-issued card than other members of the senior leadership team, which consists of Town Manager David Treme, two deputy managers, the police and fire chiefs, the human resources and finance directors, and the public information officer.

Overall in 2017, Wright-Lanier charged $21,247 to her purchasing card. Ryan Rase, the other deputy manager, charged $406. After removing board members’ travel expenses from her charges – including $1,790 in meals and/or cabs she shared with them while traveling – Wright-Lanier still charged $14,722 on her town purchasing card in 2017.

The second-highest spender that year was Police Chief Damon Williams, whose total – after removing others’ costs – was $6,915. Totals for other senior leaders ranged from Treme’s $192 to Fire Chief Curt Deaton’s $3,726. Human Resources Director Keli Greer does not have a purchasing card.

Wright-Lanier, whose salary is $121,833 a year, referred all questions about her expenditures to Treme, who wrote in an email that she is "responsible for the management of intergovernmental relations, and in this capacity, it is important for her to travel with the (town) board and attend conferences."

He said that neither he nor Deputy Town Manager Rase travels much.

Because the town doesn’t issue purchasing cards to board members, Wright-Lanier pays for many of their travel costs, like hotels and meals, when she travels with them. Her monthly statements offer a glimpse into how tax dollars are spent while they travel.

On a trip to New Orleans last year with Commissioner Thurman Houston and former Commissioner David Coble, Wright-Lanier charged to her card $874 in three days for meals alone, including a $310 dinner for the trio at Ruth’s Chris Steak House, then a $199 meal for them the following evening at Rebirth Restaurant.

The town contingent made the trip because Mooresville’s parks and recreation department was being recognized for earning national accreditation.

Houston insisted that he has little to do with choosing where board members eat when out of town.

"I’ve never received a receipt or looked at one out of 13 years until this was printed," Houston said of the receipts presented by the Tribune. "Restaurants are pre-picked by Angel and (Town Clerk) Janet (Pope) sometimes. I’ve never seen a receipt from any of them. I’ve never paid any attention to them because they carried it."

He said board members and staff members try to use good judgment when dining on the road.

"Like at Ruth’s Chris, we get a vegetable and try to share it around the table," he said.

Houston said the Tribune’s investigation raised relevant issues."The board as a whole asked for (staff) to look at our policies because some of the things (the Tribune) asked are legit, and we all had the same feelings about them," Houston said. "We’re going to be looking at our policies moving forward. It’s been a long time since we looked at them, and we’re going to do what’s fair for the taxpayer. Let’s get it right."

Treme said he and his staff are working on revisions to the town’s spending policies.

On a three-night trip to Washington in March 2017 with Houston, Wright-Lanier spent about $400 on meals for the two. According to receipts, they shared a $65 meal at 11:21 a.m. in Washington. Just four hours later, upon landing at Charlotte Douglas Airport, they ate another $35 meal at taxpayers’ expense before heading home.

Houston said he and Wright-Lanier ordered the airport meal while waiting on the deputy manager’s husband to pick them up so they wouldn’t have to pay for a cab or Uber ride home.

Hotel charges are also plentiful on Wright-Lanier’s statements. On a January 2017 trip to Washington for the U.S. Conference of Mayors with Mayor Miles Atkins, Wright-Lanier charged two $429-per-night hotel rooms at the Capital Hilton. The three-night trip cost taxpayers $3,127 in hotel expenses alone.

Atkins said the presidential inauguration coincided with the conference last year and may have impacted hotel rates. The conference is held every year at the Capital Hilton and is attended by about 300 mayors, including 12 from North Carolina, he added.

"I try to attend this conference every year in D.C., which is included in my annual travel budget."

Wright-Lanier charged $189 for two tickets to "Motown the Musical" last July, a month before she traveled to tour the Durham Performing Arts Center with Stephanie Crisco, venue operations manager of the Charles Mack Citizen Center. The two booked separate hotel rooms in Durham – a two-hour drive from Mooresville – and shared a $55 meal at Cuban Revolution Restaurant and Bar. Wright-Lanier also expensed to taxpayers $50 for hotel valet parking. Crisco charged $25.

Treme said the purpose of the trip was to research performing arts centers and take advantage of an offered behind-the-scenes tour of Durham’s, one of three facilities the town visited. When asked how watching a musical contributed to the research, Treme defended the trip.

"‘Motown the Musical’ tickets were purchased to help two staff prepare for presenting larger and more varied shows at the Joe V. Knox Auditorium and the Performing Arts Center when it is opened," he said. "This was a brief, in-state trip to help our staff learn from someone that is doing just what we hope to do very well."

Wright-Lanier has also spent hundreds of taxpayer dollars on meals for select town staff members and guests. Receipts for some include handwritten notes like "leadership lunch," "business meeting" or "staff outing."

The town’s management and finance department seem to disagree on whether non-travel-related meal expenses are appropriate uses of taxpayer funds.

Treme – who as Wright-Lanier’s direct supervisor has signed-off on all of her expenses on monthly card statements – said he stands by his approvals.

"The purchases made on Wright-Lanier’s town purchasing card were for business-related expenses," he said.

While pointing out that none of her expenditures violate existing policy, Treme said not all of them would be approved under the new guidelines.

Finance Director Deborah Hockett said the town’s purchasing policy leaves "too much room for interpretation" on some expenditures.

"We’re strengthening our financial controls after discovering some inconsistencies and some areas we want to define a little bit," she explained.

Hockett, employed by the town since 2003, said that while meals are not specifically addressed in the existing purchasing policy, cardholding employees must sign an agreement to restrict purchases to "approved Town of Mooresville activities" and not use the cards for personal expenditures. Except for rare cases, such as purchasing food for volunteers or as part of a broader team-building activity, finance staff members have routinely "discouraged" the use of public resources for meals, Hockett said.

She added that the finance department is not responsible for how other departments spend their budgeted dollars.

‘Just not worth it’

But the finance staff has warned other town employees about spending. As recently as April 18, purchasing agent David Whitaker took issue with a $40 charge on Crisco’s monthly statement for a meal at Famous Toastery. In an email to Crisco and Wright-Lanier, her immediate supervisor, Whitaker wrote: "It would be advisable not to pay for meals for anyone you are having lunch or dinner with. It’s a questionable area particularly since it is public funds."

Whitaker also noted that his concern went beyond internal questions of the spending.

"I’ve been through several public records requests since I’ve been here," he wrote. "The newspaper and public are funny about what we spend taxpayer dollars on. It’s just not worth it."

Almost two months later, Wright-Lanier charged an $81 meal at the same restaurant for a "staff meeting" that included Crisco and three others.

According to a receipt, Wright-Lanier paid $177, including a $30 tip, for coffee, appetizers, entrees and desserts at On the Nines for herself and three others, including a children’s book author and her 13-year-old daughter. Treme took no issue with it.

"I consider this a professional courtesy for an out-of town-speaker/visitor," he wrote.

Hand-written notes on $630 of Wright-Lanier’s receipts indicate meals were shared with staff and/or guests, from $26 at Jeffrey’s to $51 for after-business-hours appetizers at Epic Chophouse and $152 at On the Nines.

Last Oct. 9, Wright-Lanier charged $124 at On the Nines for a "leadership lunch" with a group of four other staff members. The following day, she charged $94 at Jeffrey’s for a different group of staffers, using the same justification.

"If I were asked, I would say no, that’s not a good idea," Hockett, the finance director, said of town cardholders paying for meals as part of meetings with staff members or guests. "We should not be planning meetings around meals. I would not spend taxpayer dollars on that."

"On occasion, managers do cover the cost of meals in town if it is for a work-related purpose, to recognize special accomplishments of staff (first day, retirement, special awards), or to provide appreciation for out of town guests who have provided a service at no other expense to the town," he wrote. "While the town’s purchasing policy does not prohibit purchasing local meals using the purchasing card, an employee should not be using the card to purchase personal meals. If a meal is part of a work meeting or other recognition/team building activities, there are allowances for use."

Hockett and Treme seem to agree that taxpayer resources should not cover expenses like Wright-Lanier’s Christmas dinner last year at On the Nines for herself, six staff members and three guests. The cost to taxpayers was $508 – or about $50 per person – including a mandatory $76 gratuity charge and $25 that Wright-Lanier left as an "additional tip."

Hockett said public dollars should not be used to treat staff members to meals, even for holidays.

"Personally, if I’m taking my staff out for Christmas, I pay for it out of pocket because it’s a gift from me – not the taxpayers – to show my staff how much I appreciate them," she said.

Treme said that while Wright-Lanier’s Christmas dinner "is not a violation of current policy," the new guidelines "would prohibit this from occurring again."

Atkins hinted that the meal-expense issue will be settled in the new policy. In an emailed response to Tribune questions, he wrote: "The Mayor and Board of Commissioners directed the Town Manager earlier this year to work with his Senior Staff to review all Town operational policies, including the travel policy and purchasing card policy. We expect to have his updated policy recommendations for the Town Board to consider later this year that should address the majority of questions and concerns you have raised."

Overall, spending trends have continued this year. As of July 8, Wright-Lanier had charged a total of $12,516, or $5,399 after removing the board members’ travel costs and $849 in expenses she shared with them. Williams, the police chief, has charged $4,441. Totals for the remaining team ranged from Rase’s $328 to Public Information Officer Kim Sellers’ $2,016.