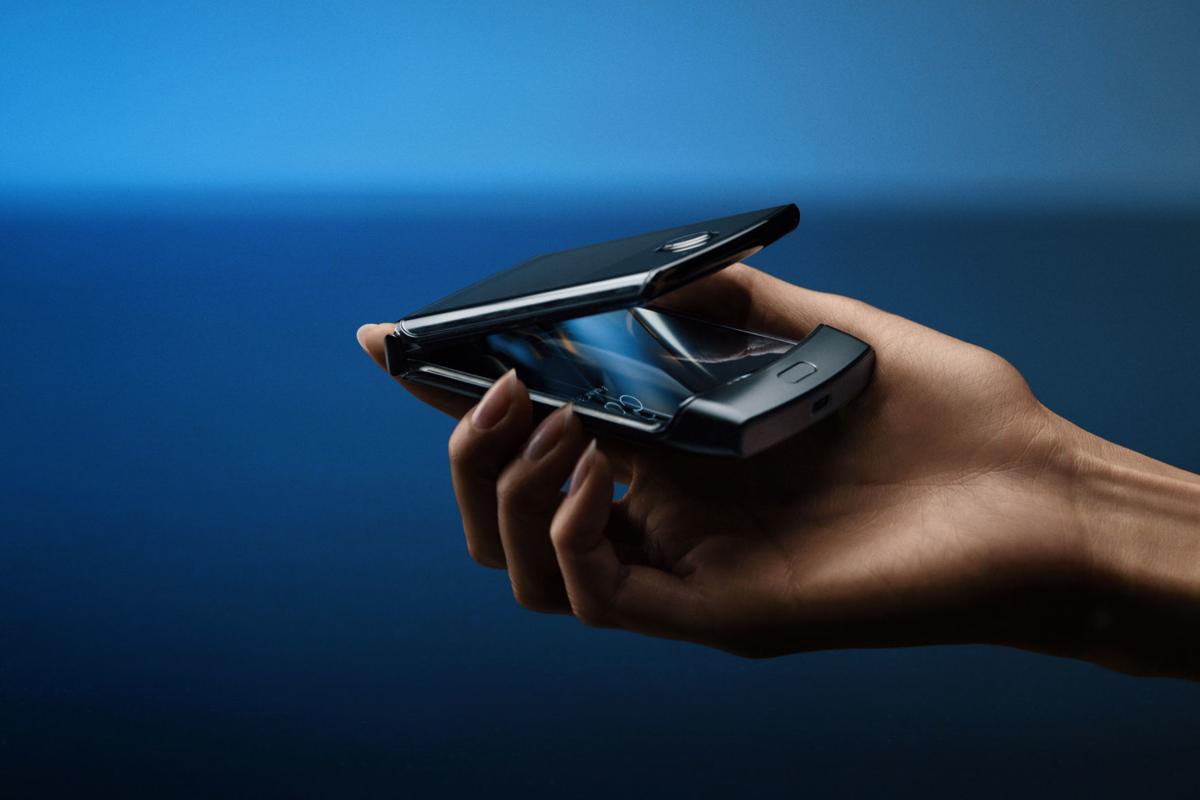 Modeled after the popular 2000s flip phone, the new Motorola Razr uses folding technology to open up to a 6.2-inch screen. 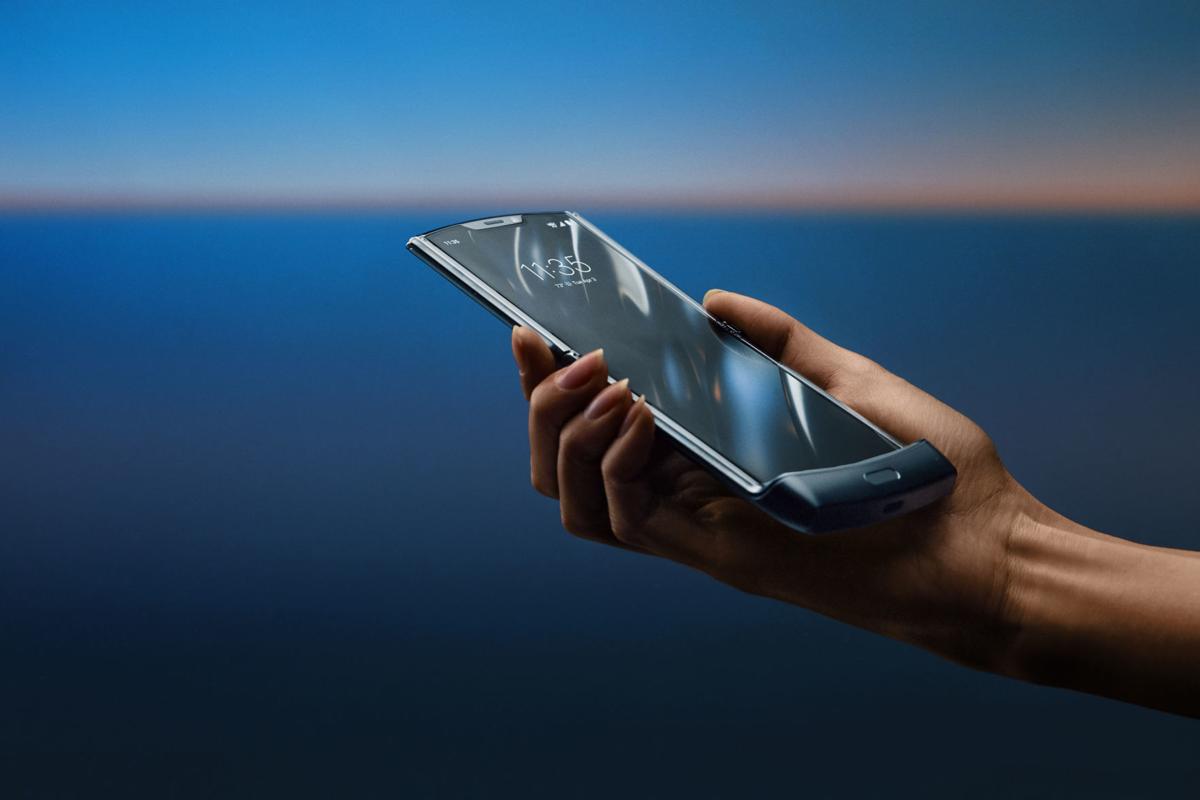 Modeled after the popular 2000s flip phone, the new Motorola Razr uses folding technology to open up to a 6.2-inch screen.

Remember back when phones fit into a shirt pocket? And closed up with a thunk?

In December, Motorola is planning a comeback of its oh-so-thin flip phone, the Razr. But this reboot is an Android smartphone with a large touchscreen that folds in half. And this Razr has a price that might make you flip out: $1,500.

At an event Motorola held in Los Angeles, I got to spend a little time with the new Razr ahead of its launch. I came away impressed with the seamless, bendable-screen tech — first seen this fall on Samsung’s Galaxy Fold — that’s enabling a return to smaller phones. But this particular design trades heavily on a retro appeal that doesn’t quite deliver in the era of 2019 ultraexpensive smartphones.

Holding it with one hand, I couldn’t even get this Razr to flip closed with that satisfying snap. You might say it’s no ... slam thunk.

No more puns, I promise. Motorola has never recaptured the household name status it had in the 2000s when the Razr was the best-selling flip phone. After being bought and then sold by Google, now it’s owned by Chinese hardware maker Lenovo. Today its smartphones have a small share of the U.S. market.

But bringing back the flip phone isn’t only a desperate plea to cash in on our affection for a dearly departed brand. The original Razr became popular, in part because it was small — one of the first phones you could slide into your pocket. (See Gordon Gekko’s handset in the film “Wall Street” for a reminder of how fat phones used to be.)

Well, 15 years later we have come back around to an era where some people are struggling with giant phones. Now they’re not fat, but tall and wide. The latest Samsung Note 10 Plus has a whopping 6.8-inch screen that’s essentially like trying to shove an XL Hershey’s bar into skinny jeans. There used to be smaller smartphones, like Apple’s iPhone SE, but they got dropped because consumers keep choosing the functionality of more screen over comfort and ergonomics.

Enter a new idea: Could we have it all ... if the screen folded in half? The new Razr has a screen that measures 6.2 inches on the diagonal — about the same size as an iPhone 11. But it shuts to be about half as tall, like a phone doing the downward dog in yoga. Closed up, it easily slipped into any of my boy pockets.

Though it’s wider than the original, the new Razr is, impressively, just as thin. And opened up, it also still has a thicker “chin” at the bottom to grab on to. That’s where Motorola stuck the fingerprint reader, speakers and antennas. All this is possible because the Razr is one of the first phones to take advantage of a new generation of bendable-screen technology. It works because the pixels are super-super tiny, and covered in a kind of plastic rather than glass. Samsung used its own version in its $2,000 Fold phone, which arrived in September with some embarrassing durability problems.

Important questions linger about the longevity of these first folding screen devices, but Motorola said it is confident its screen and hinge will last at least two years of regular use. (Unlike Samsung’s Fold, there’s no gap when you close up the Razr, which should help protect the screen from detritus.) We won’t really know how well this one stands up until people try storing it in grubby, linty, sandy pockets and bags. Motorola says it will repair broken parts within the first year in the U.S., and screen replacements after that will cost $300.

The Razr is available for preorder in December. In the U.S., it will be sold by Verizon and will arrive in stores in January.

In the era of screen addiction, I enjoy the idea of closing up a smartphone. Shutting the Razr means you’re done, and can go about doing something other than looking at your phone. The new Razr also has a small 2.7-inch touchscreen on the front, which displays the time, shows calls, music controls and other basic functions. The 16-megapixel camera also sits right underneath it.

But the ergonomics of the new Razr are just different enough from the original to be a letdown. In your hand it feels more chonky because of the wider size. After an hour of practice, I still couldn’t get my one-handed close to produce a satisfactory snap. The hinge that protects the screen doesn’t have the spring-loaded feel of the original and requires more pressure. It’s possible I’m out of practice — a Motorola employee showed me he could make it snap with one hand.

Perhaps it’s ludicrous to judge a $1,500 gadget on how much it echoes the tactile feel of its 15-year-old predecessor. But aside from the screen, the new Razr’s appeal is more nostalgia than cutting-edge tech. Other phones that cost more than $1,000 now have at least three camera lenses — Razr has just the one. (And in my early preview, it seemed sluggish.) Other premium flagship phones have made inroads in battery life. The new Razr’s battery (which had to be split into two different pieces) measures 2510 mAh, a third less than the competition from Samsung and others. And the Razr runs Android 9.0, which was released in 2018.

And then there’s that price tag. The original Razr cost $600, or about $800 in today’s dollars. The new Razr is twice that — and more than twice the $700 price of an iPhone 11. That takes the Razr out of contention as a practical phone. It’s a status symbol. And even the trip back to 2004 makes it hard to justify.

The good news: The new Razr is a sign that we’re reentering an era of weird phones. Like the mid-2000s, we’re going to see lots of new technologies give rise to new shapes and functions. It’s a welcome relief from the seas of me-too iPhone clones. I hope this one is popular enough that folding screen tech gets cheaper and makes it into phones with more attainable prices.

Video: The classic Motorola Razr is reborn as smartphone with a folding screen. The Post’s Geoffrey A. Fowler takes a first look.

*SNOW REMOVAL for Parking Lots and Driveways *Home repairs*custom homes, sheds *remodeling *roof, & decks. We are here for all your construction needs. Check out our Facebook page. Free est.