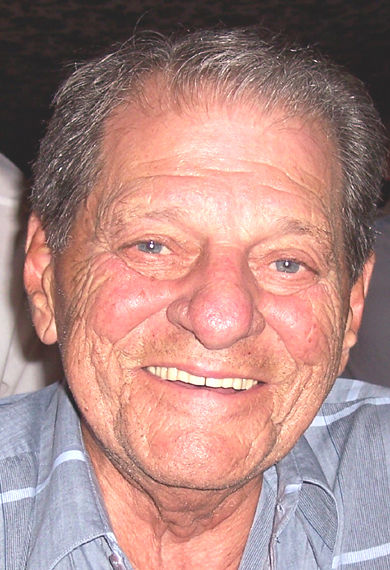 February 8, 2020 Vincent Anthony Greco, 89, of Mooresville, went to be with the Lord Saturday, Feb. 8, 2020. He was an Army veteran, a founding member of Men Of Saint Therese (MOST), an active member of the Knights Of Columbus council #7406, and a member of the Golden Boys. His life took him from New Jersey to Colorado before settling in Mooresville in 2004. Vince's career as a mechanical engineer at Johns Manville Corporation established him as highly regarded and an expert his field. He designed and built most of the homes his family lived in, doing much of the work himself accompanied by family and friends. He was talented in this and many other arenas, building furniture and other items that are treasures to his children and grandchildren today. He was an avid golfer, playing regularly with his wife, Frannie, and the guys. Vince was born and raised in New Jersey, surrounded by a large extended family. He was preceded in death by his parents, Anthony and Madeleine; and his sister, Elsie. Survivors include his loving wife of 65 years, Frances Greco of Mooresville; daughter, Janis Greco and husband, Bob Sheehe, of Mooresville; daughter, Robin Wright; brother, John Greco of New Jersey; grandchildren, Jarod and Lisa Martin, Daniel and Lauren Wright, Caroline and Jeff Whisennant, Jesse and Patrick Lewis; great-grandchildren, Sienna, John, Jace, River, Pepper, Daniel, Porter; and many cousins, nieces and nephews. The family received friends Tuesday, Feb. 11, from 6 to 9 p.m., at Ingram Funeral Home in Mooresville. A Funeral Mass will be held at 11 a.m. today (Wednesday, Feb. 12), at Saint Therese Catholic Church in Mooresville, with Father Mark Lawlor officiating. In lieu of flowers, donations may be made to Saint Therese Catholic Church in Mooresville. Ingram Funeral Home www.ingramfuneralhome.us

To plant a tree in memory of Vincent Greco as a living tribute, please visit Tribute Store.
+1
+1