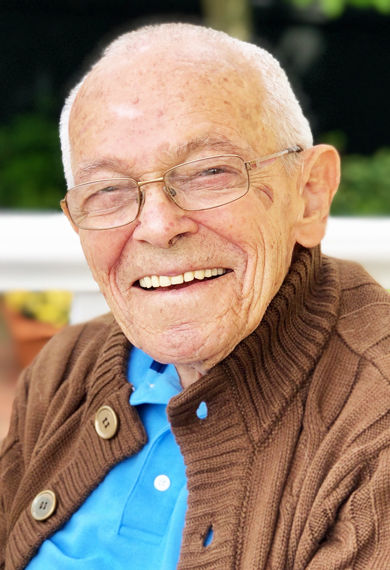 Richard "Dick" A. Lavoie Richard Lavoie, originally from New London Conn., and a former resident of Atria Independent Living in Mooresville, passed away peacefully surrounded by his family. He was preceded in death by his wife of 58 years, Eleanor Hogan Lavoie. He leaves behind four children, Jim Lavoie of Voluntown Conn., Jeanne West of Hendersonville, Tenn., Janet Lavoie of Riverside R.I., and Jeff Lavoie of Mooresville; 10 grandchildren; six great-grandchildren; and too many friends to list. He was a veteran of World War II, The Korean War and the Vietnam War. He served aboard the USS Kidd in the Pacific in World War II, where he received many battle ribbons and stars for combat campaigns. He transitioned to the submarine force after World War II and retired in 1967. He served on both diesel and nuclear submarines. His stayed involved in submarines and later retired from Electric Boat and Raytheon Corp. In his later years he enjoyed spending time with other veterans at Richards Coffee Shop in Mooresville. Dick was a man of strongly held beliefs. He felt there was no such thing as an off-color remark as long as it was said with humor and a twinkle in his eye. He believed you never put mustard on a cheeseburger: you can't laugh too much or too loud, you can never have enough friends, Clan MacGregor scotch is just as good as Crown Royal, and the best music is big band music. He was best known by all for his smile and his zest for life. His loss leaves a pain that no one can heal but his love leaves us memories that no one can steal. A celebration of Dick's life will be held at a later date.

To plant a tree in memory of Richard Lavoie as a living tribute, please visit Tribute Store.
+1
Plant a tree
+1

I met Richard at Richard's Coffee Shop many years ago. Since we were both Submarine Veterans, we easily became friends. This friendship also migrated to Tom, his son-in-law. We liked to sit together and reminisce about old times in the boat's. We always had a laugh together. On several occasions Ruth Ann and I visited him and Lucky in his apartment. He read and enjoyed my first book, "COVERT SAILORS-Submariner Sea Stories" and had promised to buy Volume Two just before he went to Florida. I always missed him whenever he went north or south to visit. I believe a book about his life would be a best seller, but we just shelved the project, and I never pushed him. You will be missed my friend. There is no more pain now, brother; thank you for your service; see you later at Supreme Headquarters.