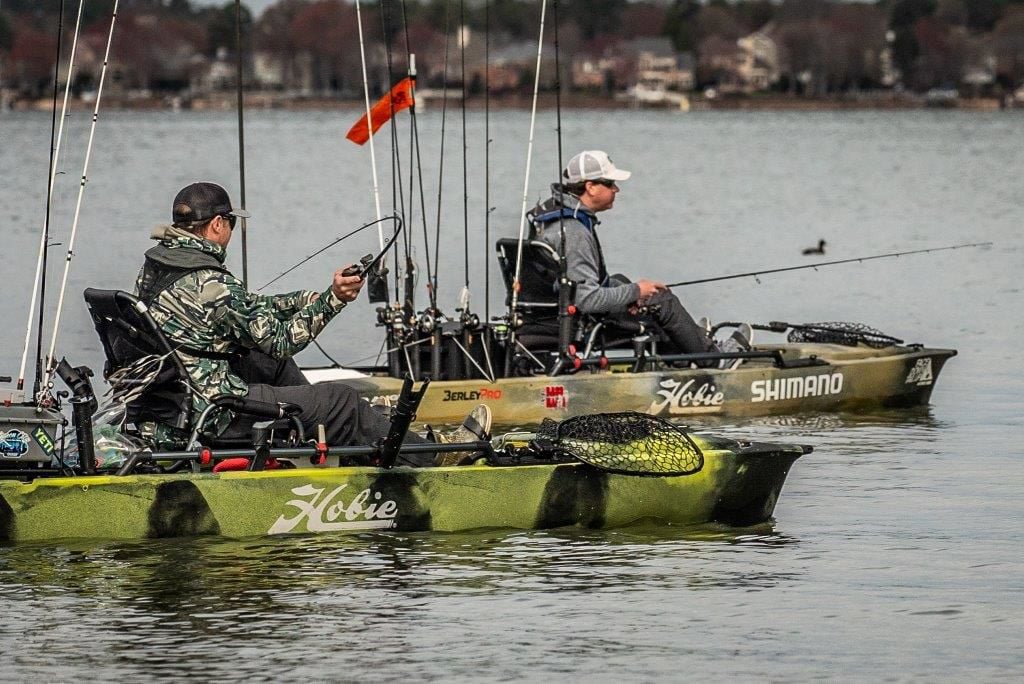 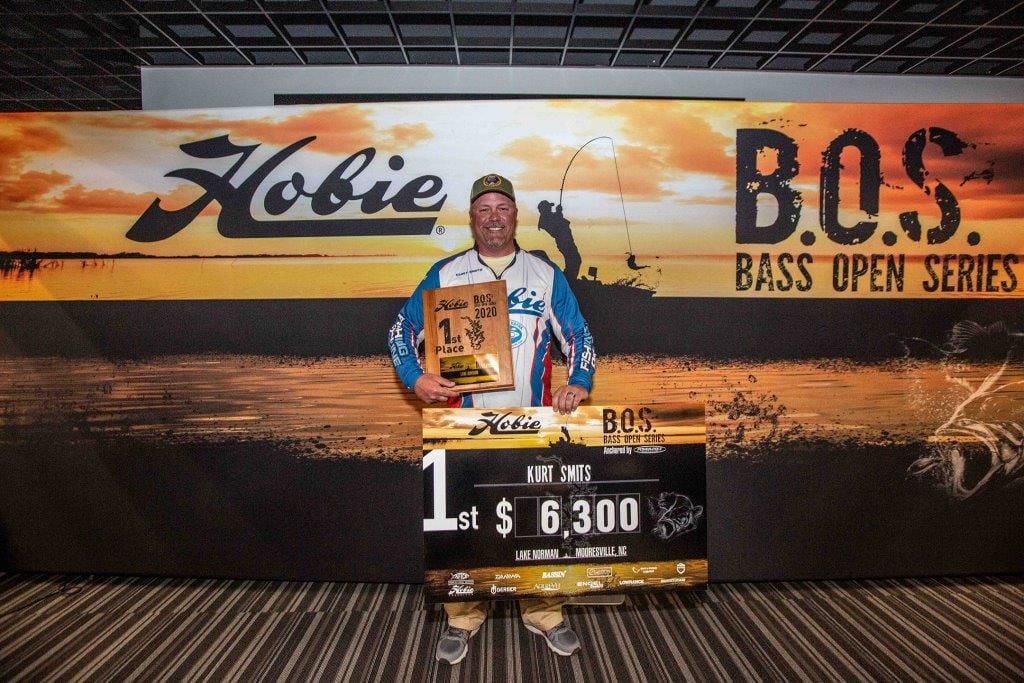 Sitting at the head of the class, professional angler Kurt Smits collects the largest amount of loot for his first-place finish in the Lake Norman Hobie Bass Open Series stop. 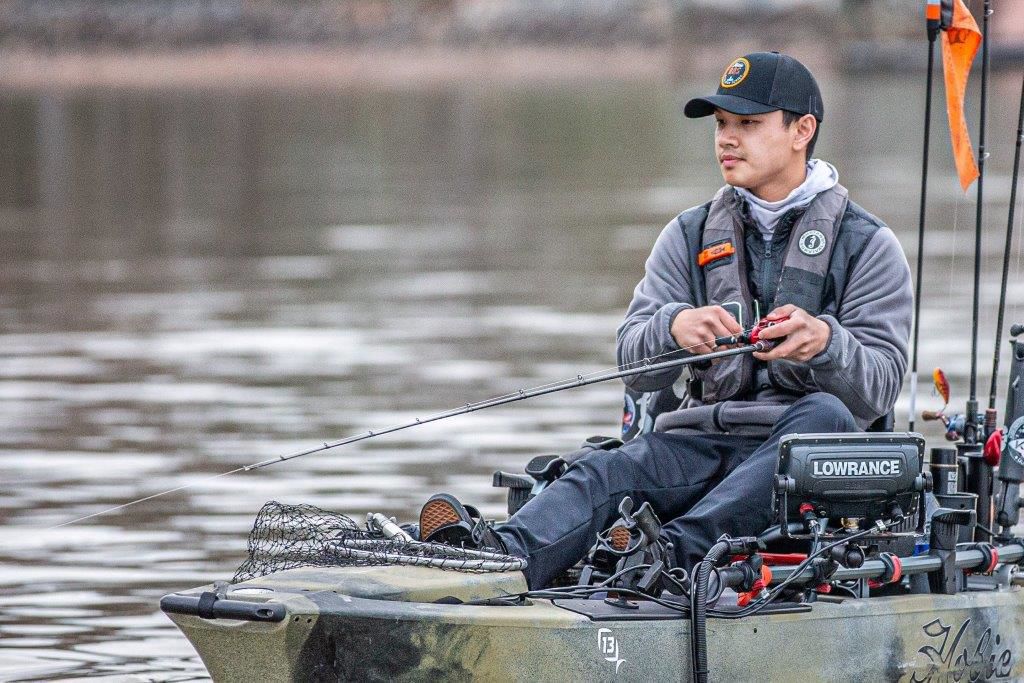 Sitting at the head of the class, professional angler Kurt Smits collects the largest amount of loot for his first-place finish in the Lake Norman Hobie Bass Open Series stop.

Almost as much attention was being paid to the how as there was on the amount and how much in an unusual fishing tournament held on Lake Norman.

In a partnership with the Mooresville Convention & Visitors Bureau, the Hobie Bass Open Series staged a two-day competition on North Carolina’s largest man-made lake and dangled cash prizes as bait to prime participants.

The platform for the competing anglers is what proved to be the special appealing part of the proceedings.

The Hobie B.O.S is a nation-wide kayak fishing tournament series that provides an out-of-the-ordinary outlet for fishermen to compete in two-day affairs at a number of sites across the country.

Anglers cast their lines from single-person kayaks that are required items of equipment for the somewhat unique attraction.

Up for grabs among the entries were cash awards presented to each of the top 12 finishing fishermen as well as additional prizes, Hobie Fishing World berths and Angler of the Year points.

The Lake Norman stop, the only one set to be held in North Carolina, was the third of 10 regularly scheduled stops slated to take place across the country culminating with the conducting of the Hobie B.O.S. Tournament of Champions. At that by-invitation-only event, only the top 50 anglers based on points secured during the regular season contend for the largest cash prizes presented all year.

At the area stop, another change of pace was in place as Mooresville’s GoPro Motorplex go-kart facility was designated as the headquarters and weigh-in site.

Although the perch was somewhat unusual, the ultimate goal remained the same. All anglers were allowed a five fish per-day limit with all bass being caught also needing to reach a minimum length as well. When possible, as many of the weighed-in fish as possible were also returned to the lake under the affair’s catch-and-release policy.

From the event, a two-day total of a limit of bass reeled in from Lake Norman earned angler Kurt Smits the top available cash award. Smits earned a total of 177 points based on his haul to cash in on the winner’s grand prize of $6,300 and also the most points possible towards his title trek.

Pro-rated points as well as cash awards of at least $700 were awarded to all anglers placing 12th or better in the field.

As a group, the collective casters numbering well in excess of 150 entries combined to bring 1,250 bass to the weigh-in scales.

KELLER'S STUMP GRINDING SERVICE NO JOB TOO BIG OR SMALL