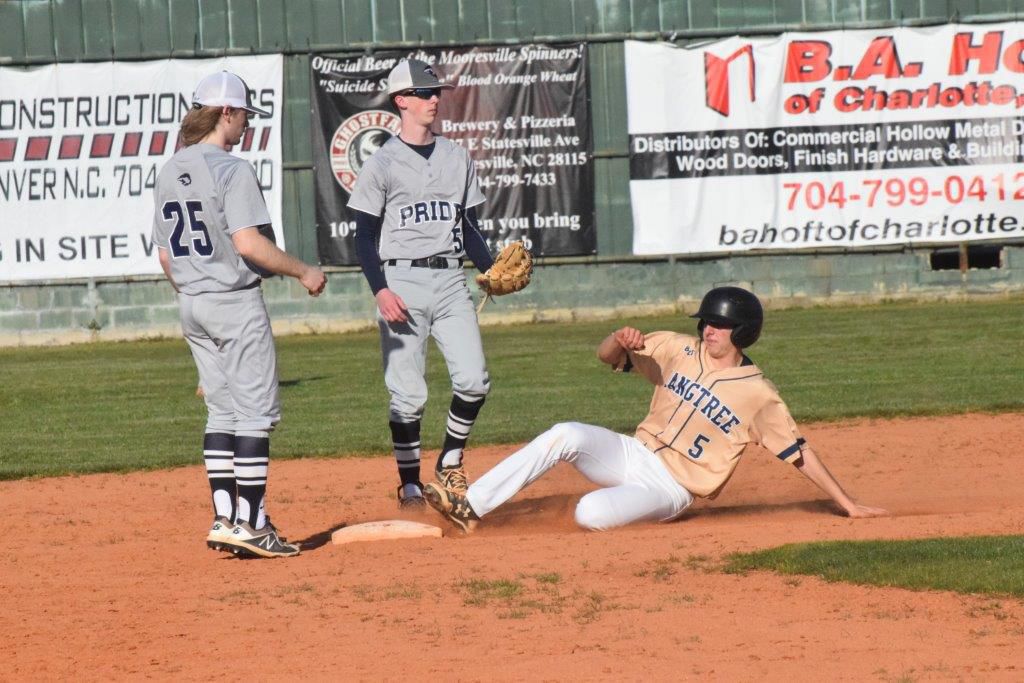 Langtree Charter’s Dillon Yoder arrives at second base even without a tag being applied against cross-town rival Pine Lake Prep. 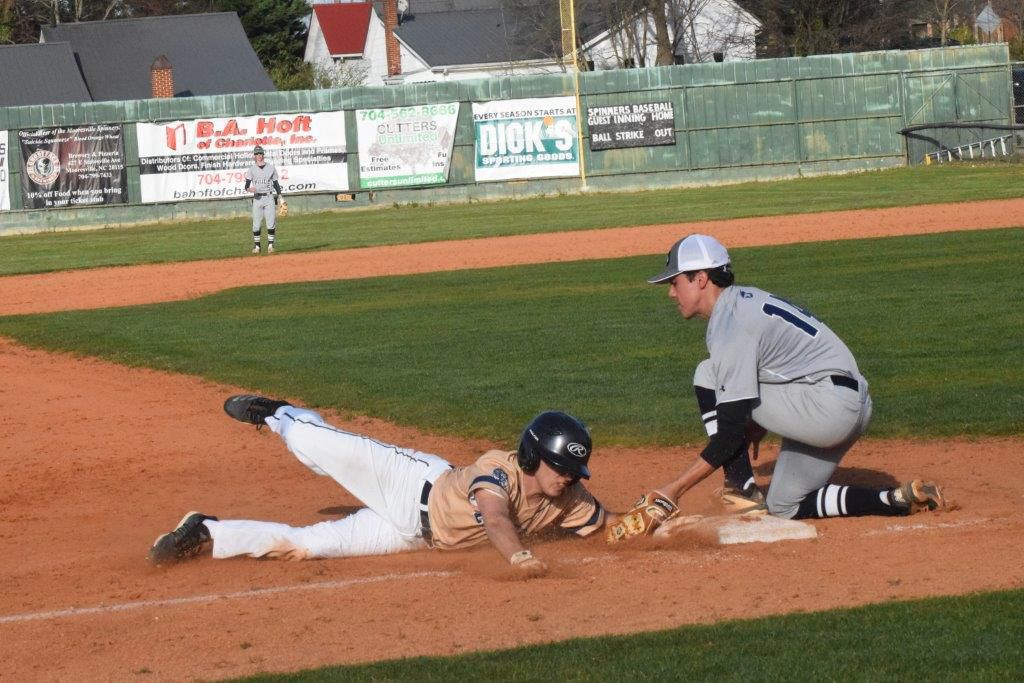 Langtree Charter’s Dillon Yoder arrives at second base even without a tag being applied against cross-town rival Pine Lake Prep.

Langtree Charter struck for seven runs in the second inning to pile up all the damage it would need and actually ended matters an inning shy of regulation play with a 13-3 victory over same PAC-7 Conference counterpart Pine Lake Prep.

The win not only served to begin the season’s home-and-home season series but was also the opening league encounter for both.

Taking place on the Moor Park field in Mooresville that for the most part serves as the home field for all of Langtree’s Lions games, the Lions broke open a scoreless affair with the seven-run rally in the the second. They tacked on an additional two runs in the third.

Pine Lake’s Pride scored two runs in the top of the fourth and plated their final run in the visiting half of the sixth.

LCA pushed across a solo scratch in the last of the fifth before using a three-run uprising in the sixth to extend its lead into twin figures and thus draw the issue to a close due to a mandatory double-digit run lead mercy rule.

Offensively, the Lions collected a pair of doubles off the bat of Nick LaBarca that also enabled him to share team and game-high honors with teammates Allen and Christian LaBarca. Both of the latter two also slugged a double apiece. Trey Putnam legged out a triple and racked up three runs batted in, being joined in the one-hit department by Duncan, Dillon Yoder, Carson Phuntek, and J.W. Taylor.

For Pine Lake, the pitching duties were handled by Colin Shannon, Cameron Poppen, Gage Childers and Joe Lehec. Combined, they allowed the 13 runs on the 11 hits.

At the plate, Nash Chelcun paired hits with one of the shots good for a double. Own Lally, Sam Brochetti, Tanner Allison and Sam Nottestad all also provided a base hit apiece.

The two teams are slated to complete the season’s series set with Pine Lake taking its turn as the host.