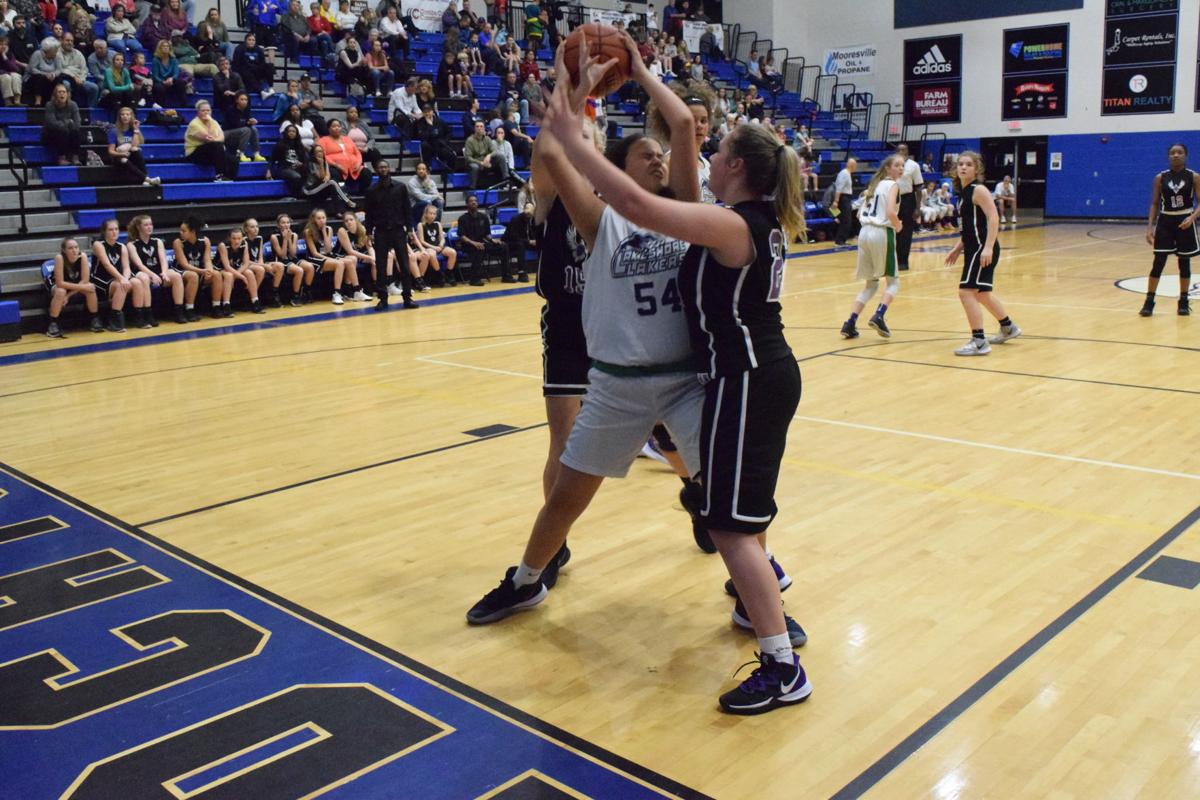 Feeling the pinch, Lakeshore Middle’s Ariana Khan attempts to survive being double teamed by a pair of Northview defenders during semifinal round play in the Iredell-Statesville Schools Middle School Conference postseason tournament. 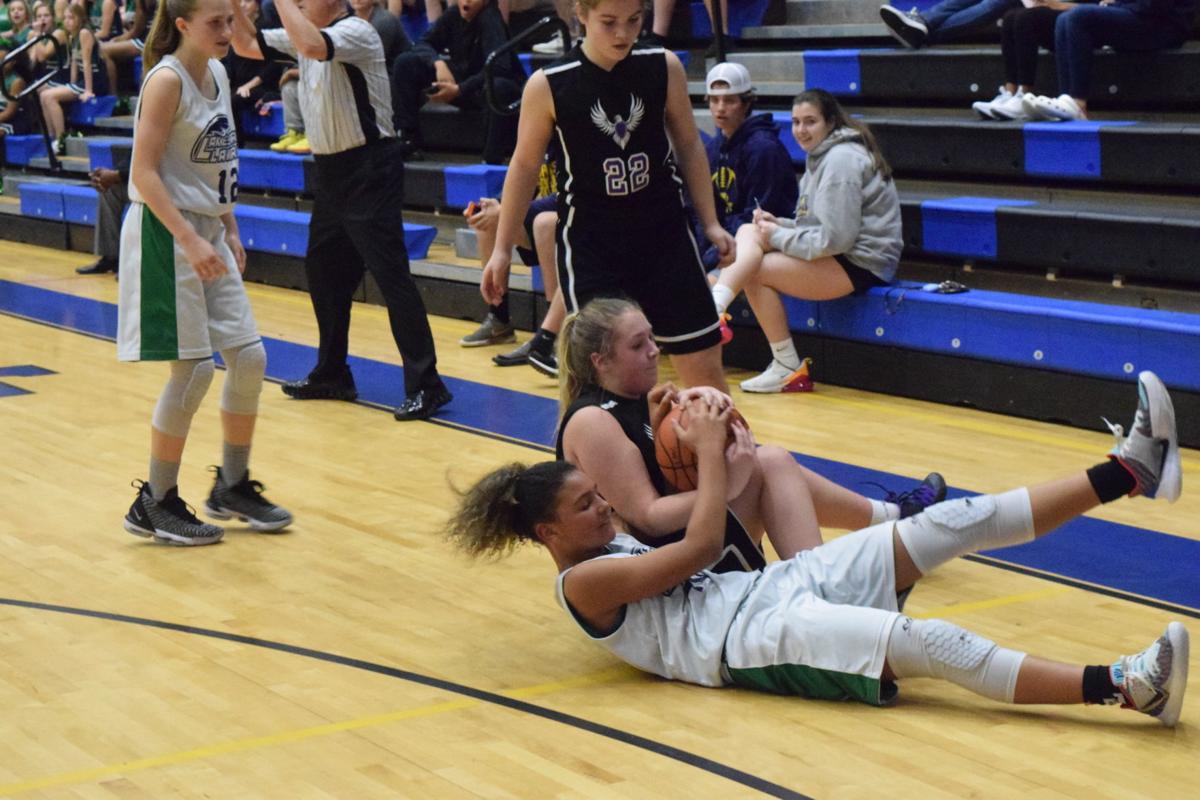 Fit to be tied, a floored Lakeshore Middle’s Camri Hobbs forces a held ball situation with a Northview opponent in semifinal round play in the Iredell-Statesville Schools Middle School Conference postseason tournament.

Feeling the pinch, Lakeshore Middle’s Ariana Khan attempts to survive being double teamed by a pair of Northview defenders during semifinal round play in the Iredell-Statesville Schools Middle School Conference postseason tournament.

Fit to be tied, a floored Lakeshore Middle’s Camri Hobbs forces a held ball situation with a Northview opponent in semifinal round play in the Iredell-Statesville Schools Middle School Conference postseason tournament.

And as many as five area teams, accounting for more than half the field of participants overall, are among the ones eagerly answering the call.

As part of that reward, based on success over the course of recently completed regular-season play, the five joined ranks with three other entries representing other areas of the county.

Lake Norman High School will serve as the official host of play in the near week-long affair.

Other teams making the cut included Northview IB’s girls team as well as the boys squads hailing from East and Statesville.

Some of the local entries have already been able to make the best of the situation.

With the field finalized — and requiring a play-in game to do so — late last week in order to determine the top teams to qualify for postseason play, competition in the single-elimination affair actually tipped off earlier this week.

On Monday evening, a pair of local teams each earned the right to reach later this week’s championship finals after picking up a win

No. 1 seeded Lakeshore Middle’s girls team — posting a perfect 12-0 record during the regular season to sit atop the league standings — rode a balanced scoring display among its starting unit to defeat No. 4 seeded Northview Middle, 52-31, and become the first of the qualifiers to merit a championship contest appearance.

In the first-day boys game that followed later Monday evening, upstart No. 4 seeded Mt. Mourne atoned for a pair of close losses endured during the course of regular-season play to upset regular-season I-SSMSC champion and top-seeded Brawley Middle, 37-35. This assures Mt. Mourn will be the lowest seeded entry to contend for this season’s tournament title.

In the opening girls game, undefeated Lakeshore’s Lakers darted out to as much as a 14-1 lead in the first period alone. It allowed its lead to dwindle into single digits only three times after that to down Northview’s Nighthawks and earn a finals nod.

The Lakers were paced in the scoring department by the 14 points posted by Ella Hobbs. Camri Hobbs added another 10 points, while successful multiple shots each from beyond three-point courtesy of perimeter specialists Addison Sirianna and Alexis Sheehan anchored the charge. All but a limited number of points netted by Lakeshore were from its starting five players.

In the tense drama-filled boys game that followed, shock waves were sent across the court. No. 4 seeded Mt. Mourne stunned No. 1 seed Brawley Middle to land the first and biggest possible upset of tournament play.

The winning entry rode the game-high 16 points collected by Josh Yates to the win used to advance it into the boys title tilt.

Tate Smith pitched in with 13 points, while Nate Ciofi chimed in with another seven points.

For Brawley’s Braves, fresh off an 11-1 regular season to win that crown, they were carried by the nine points picked up by Will Googins that accompanied another six tallied by Fynn Hales.

More action is set to fill the slate the remainder of the week.

Late Tuesday evening, in games with results that were posted too late to be included in this edition, the No. 2-seeded Mt. Mourne girls team faced off opposite third-seeded Brawley to determine the second and final entry in the title game. after which the No. 2 seeded Statesville Middle boys squared off against No. 3 seed East to fill the final boys championship game vacancy.

Finals will take place in the LNHS gym on Thursday evening.{/div}