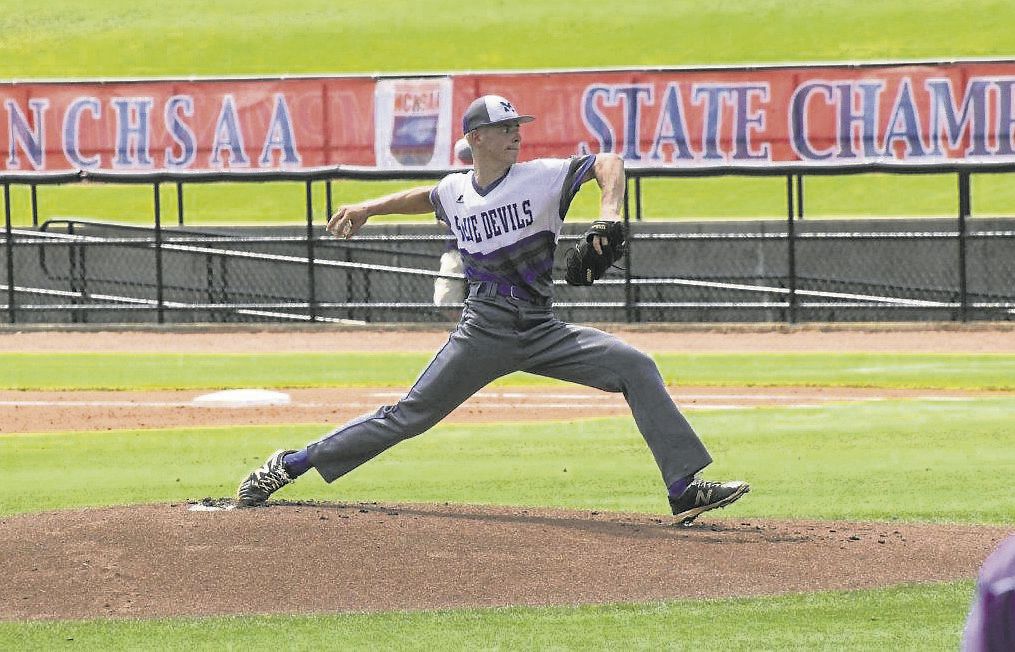 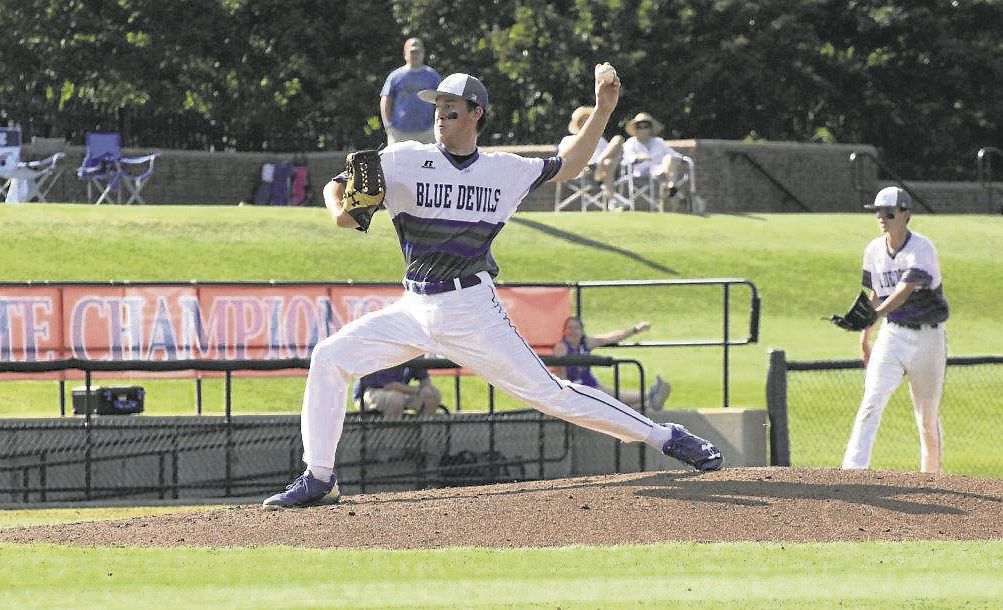 It wound up being a win-win situation for the Blue Devils.

That was the case as the Devils’ pitching pair comprised of – in order of appearances - senior Justin Poris and sophomore Nick Merriman opened and closed matters with closely-matched peak performances to highlight Mooresville’s successful single-day sweep by scores of 5-2 and 8-2 over the Pirates to secure the program its first-ever state championship.

Poris, the righty who relies more on his fastball for success, and Merriman, the portsider depending on pinpoint precision, each toed the mound in place inside the University of North Carolina at Greensboro’s Spartan Baseball Stadium to log in with complete-game gems rewarded with wins.

Poris backed his billing as the staff ace by overcoming opening-inning jitters resulting in the allowing of two hits and both runs in the bottom of the first inning to respond by holding Corinth Holders without another run and just four more hits the remainder of the way. Poris worked all seven innings and finished his stint by striking out two of the final four Pirates batters he face. He closed out his effort with a total of five strikeouts.

Following a several hours-long break before returning to the field, a near mirror-image affair unfolded for Merriman. The left-hander was touched for two runs without allowing a hit in the top of the third before also steadying his ship. He finished by firing a three-hitter, giving up that third hit in the the seventh, and allowing the two runs while striking out five.

“It’s been like that throughout our playoff run,’’ said Jeff Burchett, Mooresville’s 21 st -season head coach and also a product of the program. “I felt confident giving them the ball and letting them go. When you have some horses like that available out there on the mound, it makes good sense to ride with them as long as you can. They both deserved to go the distance in their games.”

Once each pitcher was supported with their respective leads, neither flinched to even force the Mooresville coaching staff to send any sort of potential backup pitchers to the bullpen for possible relief appearances.

As it turned out, going out first proved to be just the ticket game-one winner Poris to distinguish his particular performance above the pair. Based on votes cast by designated series administrators, the senior was selected as the overall Most Valuable Player. He was award during the on-field ceremony held at the conclusion of the second and final game.

Mooresville polished off an overall 24-9 record beefed up by the eight-game winning streak – the longest such consecutive spree constructed all season – enjoyed during the postseason to become the latest program at the school to boast of a state championship crown.