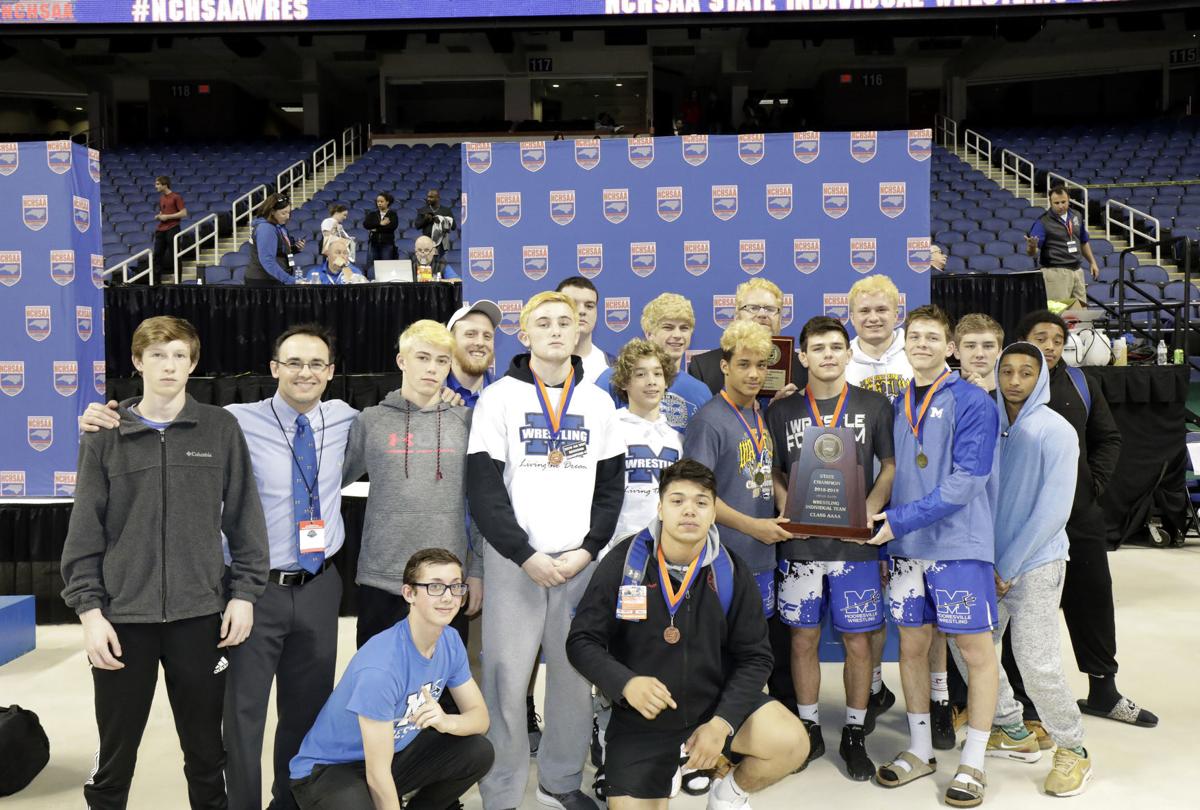 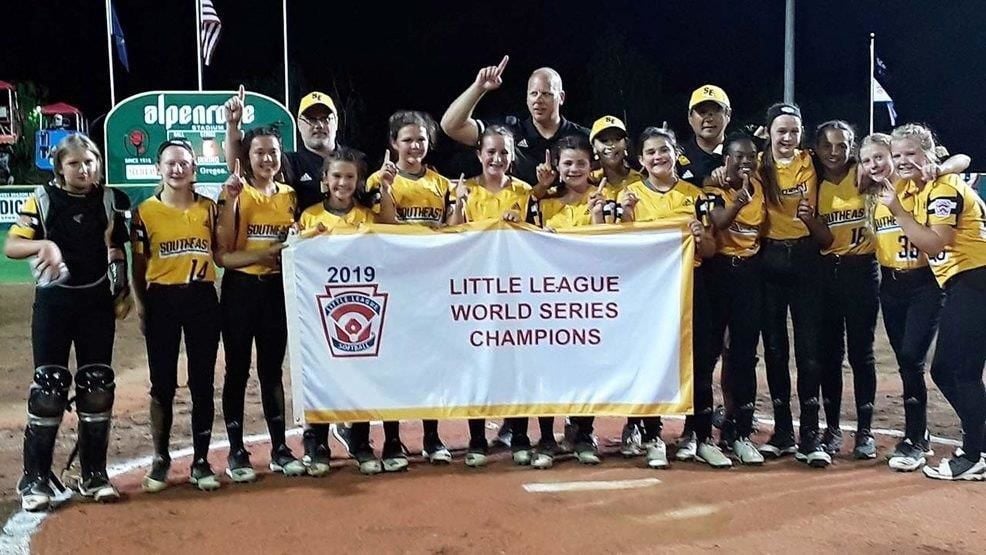 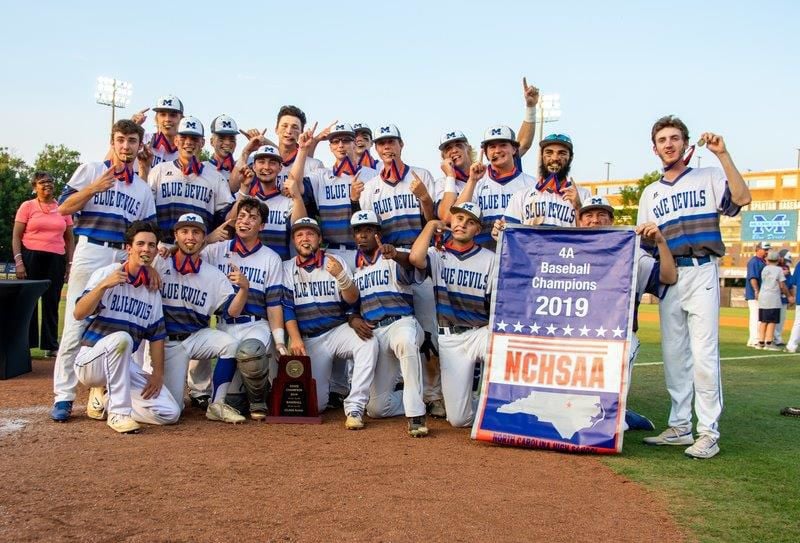 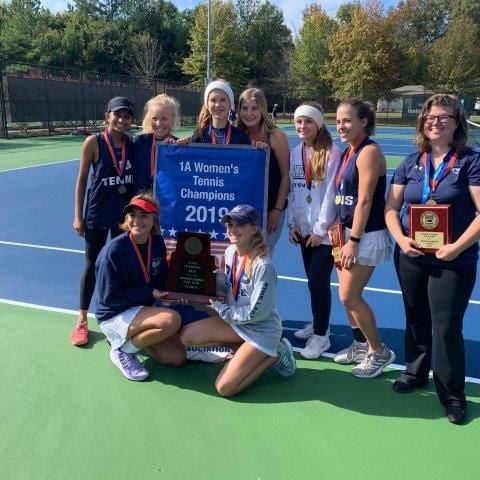 Mooresville wound up connecting on the equivalent of the seasonal cycle during the course of, as of earlier this week, the recently-completed 2019 phase of the sports-related stage.

Name the season, and there was a standout performance posted in it that allows a share of the entire year’s most outstanding as well as memorable accomplishments.

For no other reason than in the chronological order in which the respective responsible parties polished off their collective and celebrative efforts, the hallowed list includes: the Mooresville High School wrestling team during the winter season; the MHS baseball team during the spring; the contributions in place on the Little League Softball World Series championship team during the summer; and the Pine Lake Prep girls tennis team during the fall.

Earning the right for them to be selected for their various achievements, a recap of the seasonal success is as follows:

Wrestling wonderlandConsidered by many most closely associated with the sport to be the most difficult of all to achieve due to the deep talent pool in place, Mooresville’s wrestling team successfully defended its crown as the team champion of the N.C. High School Athletic Association’s 4A class individual-based tournament. Taking on the premier participants across the state within the various weight divisions, the Blue Devils rode the shoulders of a team single-season record number of three single weight class champions to retain the reign.

Devils seniors Silas Shaw at 145 pounds and Isaac ‘Ike’ Byers at 152 pounds joined ranks with underclassman teammate Isaac Byers in the 136-pound division to all emerge with their shining solo gold medals in tow. It marked the first time ever that the Mooresville program housed three state champions during a single season.

Combining their showings with that of their teammates allowed the Devils to accumulate points throughout the three-day affair held inside the spacious Greensboro Coliseum.

Not all of the stellar wrestling displays were limited to Mooresville.

Lake Norman senior Nathan Dugan collected his second individual state weight class crown when capturing the 4A class’ 195-pound division. Dugan was also named the recipient of North Carolina’s Dave Schultz High School Excellence Award that is presented to the nation’s most outstanding male wrestlers within each state for their excellence is wrestling, scholastic achievement, citizenship and community service.

It was all about perfect timing on the part of the Blue Devils’ baseball team. Mooresville hit its peak to not only post a groundbreaking performance for the school’s program but also ride an emotional lift for the entire community courtesy of capturing the first-ever baseball NCHSAA state championship crown in school history.

Dedicating the performance to the memory of fallen Mooresville Police Officer Jordan Sheldon, who was killed in the line of duty earlier in the year, the Devils embarked on an eight-game winning streak — their longest of the season — coinciding with their entire run through postseason play. MHS completed the title trek in a single day when defeating fellow state finalist Corinth Holders by respective scores of 5-2 and 8-2 in the best-of-three-games series. Opening game starter, winner and distance-going pitcher Justin Poris was deemed the Most Valuable Player to cement the accomplishment.

Softball sizzlersAs it turned out, Mooresville played a full helping hand when doing its part to allow the North Carolina entry housed our of Salisbury in bordering Rowan County to return to Little League Softball World Series royalty.

The cast included immediate area-based products Andie Evans, Avrelle Harrell, Cadence Lane, Campbell Schaen and Lauren Vanderpool, who were all on the N.C. All Star entry.

Together as a unit for postseason play, the crew crafted an undefeated tour complete with local, district, state and regional championships to secure a trip to the LLSWS held each mid-summer in Portland, Oregon. The North Carolina representative continued its unbeaten path through the international event’s pool play to merit an appearance in the championship game. A win over that foe then sealed the deal to secure the program its second World Series title.

The accomplishment came complete with a celebratory visit to the White House to additionally acknowledge the achievement.

The Pride followed up the netting of their conference and NCHSAA West Region net titles by taking matters the farthest step possible during the course of the fall season’s dual-team play. PLP polished off a perfect, 13-0 season with a win over the East Region representing Franklin Academy in the dual-team title match.

It was the first girls team tennis title in school history.

The accomplishment followed the emergence of one the team’s own atop the state’s classification field. Sophomore Pride player Andersen Schubert, the team’s number-one singles player, snared the NCHSAA 1A class individual singles title during that phase of the playoffs that preceded the team’s ascent. Schubert closed out her campaign with straight-set wins in all of her matches to complete the quest.