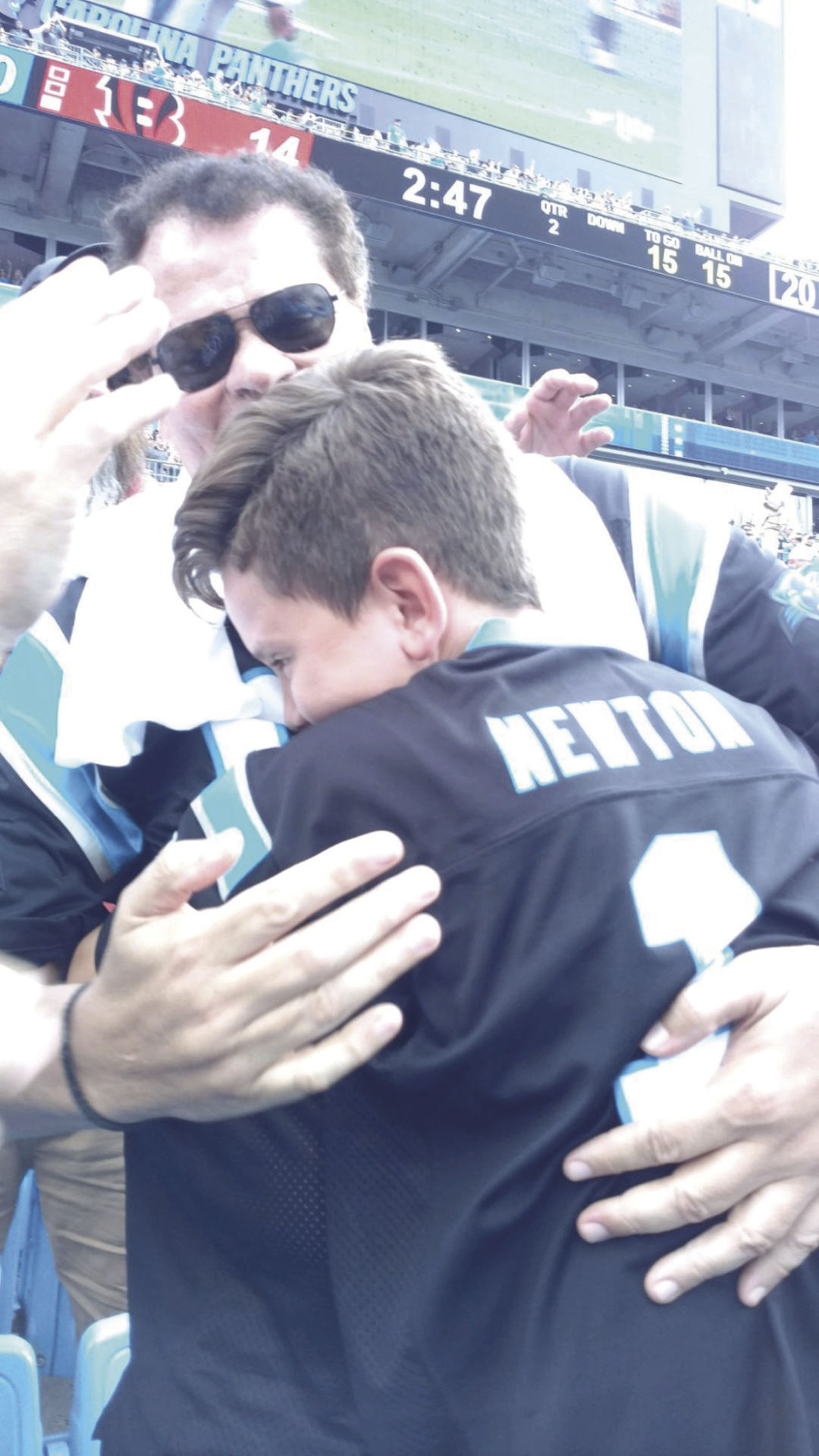 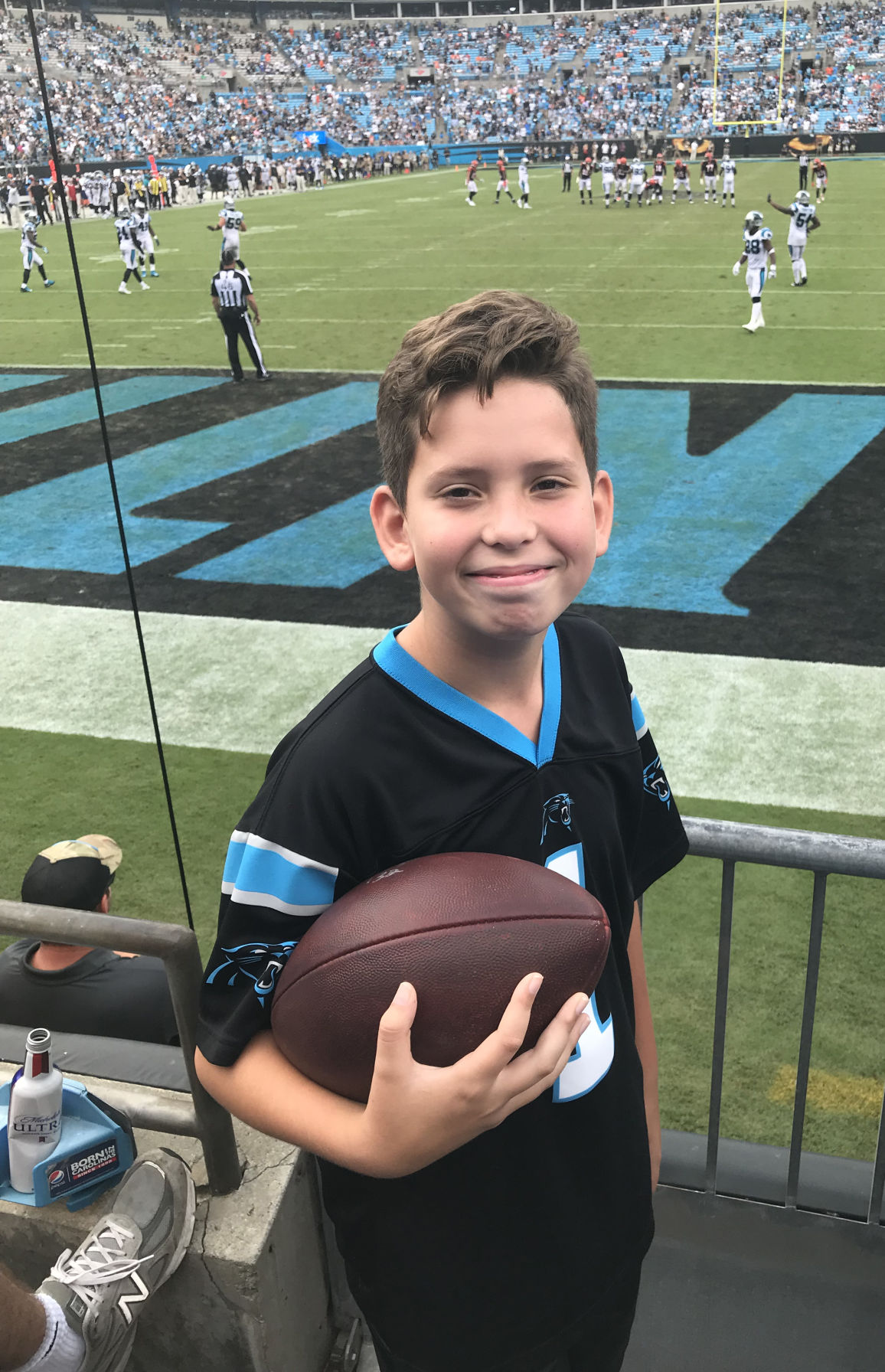 Caden Elnaggar poses with the football he got from Carolina Panthers quarterback Cam Newton during the Panthers game with the Cincinnati Bengals Sunday. SUBMITTED PHOTO

Caden Elnaggar poses with the football he got from Carolina Panthers quarterback Cam Newton during the Panthers game with the Cincinnati Bengals Sunday. SUBMITTED PHOTO

Caden Elnaggar came close to being handed a football by Carolina Panthers quarterback Cam Newton once.

On Sunday, with the Panthers playing the Cincinnati Bengals, Caden was finally in the right spot at the right time and came home with the coveted souvenir.

Caden went to the Panthers game Sunday with his dad, Dr. Ahmed Elnaggar, and when Cam Newton darted into the end zone with about three minutes left in the first quarter, Caden made his way to the area near the end zone in the hopes Newton would hand the ball to him.

After scoring Newton placed the ball on the ground, lifted his arms in the air and then reached down to grab the ball. He headed over to the stands, and Caden, clad in his No.1 Newton jersey, was the lucky recipient.

Dr. Elnaggar said his son was speechless for a few minutes. He held tightly onto the ball and then embraced his father.

When he finally came down to earth, Caden had one thing to say. “This is the best day of my life,” he told his father.

Caden said he’s always been a Panthers fan, and particularly likes Newton. “I like his celebrations and he’s always happy,” Caden said. “He’s fun to watch.”

Caden knows the odds of getting a football from Newton. In his six years with the Panthers, Newton has handed out less than 50 footballs. It was a tradition Newton started in his rookie year after then offensive coordinator Mike Shula gave him grief about his touchdown celebrations.

In an interview earlier this year, Newton said, Shula was upset that Newton was bringing attention to himself rather than the team. But, Newton, a passionate player, still wanted to celebrate and entertain the fans. Shula suggested he give a football to a child in the stands the next time he scored, and the tradition was born.

Newton said he cherishes handing the football to a child.

Caden said he cherishes the moment just as much.

He brought it home Sunday and plans to place it in a glass case at his home. “I’ll put it on the top shelf,” he said. “I may get it out and play with it some.”